I’m Kevin O’Hara for Alcohol Mastery and today I want to talk about getting rid of reminders before you stop drinking.

If you’ve been doing a lot of research about quitting drinking, if you’ve gone on to the Internet and looked up some of the websites that are out there, you’ll see a lot of websites talking about willpower – that you need to have a lot of willpower in order to quit drinking. Or that if you don’t use your willpower then you will never be able to do it.

You do need a certain amount of it but think about the times in your life when for one reason or another you just can’t take a drink. So, whatever way, you got to drive and you can’t have a drink. You have to work and you can’t have a drink. All those times when you know that for one reason or the other, that’s just not possible. And in those times, you don’t sort of go mental and if you’re sort of functioning person at all, there’s something that flips in your mind and you just put it to the back of your head and you go, “Right, I’ll have a drink later on.”

You don’t go through massive withdrawals symptoms, you might think “I’d love a pint now” or “I’d love a glass of wine.” But you sort of put it to the back of your head; you don’t need any willpower not to have a drink. You just don’t have a drink. And that’s the mentality that you have to try and manufacture for yourself once you stop drinking.

And to be honest it’s fairly easy to do it in certain circumstances. There are high-risk situations, putting yourself into a pub and trying to survive and going, “Yeah, I’m just doing it so that I can prove [that I can be here in the pub].” Or you get somebody who will say well, you often heard of the guy who has quit smoking but he keeps a packet of cigarette in his drawer just to prove to himself that he can have the willpower to overcome it. What’s the point in that? What is the point in putting yourself under that kind of pressure? That leaving the temptation in your wake, there’s just to point in doing it.

What you got to do is get rid of as many reminders as you possibly can out of your environment. Most cravings, whatever you want to call them, are very momentary thing. They happen within a very short space of time, they dissipate, you forget about them and you move on to something else.

The less reminders you have in your home, or around you in general, the better it’s going to be for yourself. The less triggers are going to fire off inside your head and the less temptation is going to rear its ugly head, and the less willpower that you’re going to need.

Willpower is something that you need but it’s a finite resource. As you go through the day you’ll find that your willpower will be used up and that’s why people find it a lot easier to get out exercising in the morning for instance or to not smoke in the mornings or to not to eat crappy food in the mornings. Asthe day wears on and you get tired, your energy is sapped. They say that willpower is something that depletes your energy, just like the rest of your system.

So if you have questions at all about that give us a shout over on the website. Until next time, have a great day. I’m Kevin O’Hara for Alcohol Mastery, onwards and upwards. 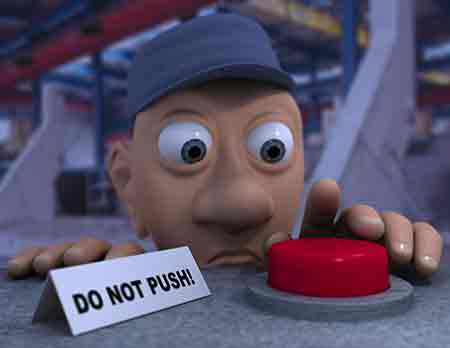