How is it going? I’m Kevin O’Hara for Alcohol Mastery and today I’m going to be talking about, quitting alcohol for social reasons.

To be honest, I’ve never been the type of person who believes that people drink for social reasons or that alcohol is a social drug. I used to smoke hash back in the day, a long time ago, and all the veterans of pot smoking, all the potheads, there used to be a saying that they never seen anyone who’s smoked a joint kicking somebody in the face out of anger. Any of the violence that I’ve seen most of it anyway, 99% of the physical violence or the mental violence, the verbal violence has always been because of alcohol.

I used to come out of the pubs and clubs last thing at night, I don’t think that there’s anytime that I’ve ever come out, unless it’s been 4 o’clock in the morning when there’s nobody around, where I haven’t seen aggression of some sort in the streets. Either a big, mad fight or people arguing or crying, some form of big high octane emotion.

I think quitting alcohol for social reasons, now there is something there’s something in that.

But what about drinking in a bar for social reasons?

If I look back on my years of drinking and I’m totally honest with myself, the best times that we ever had in the bars back home was when the place was packed, the pub was packed with people, everyone was having a great time enjoying themselves, there was some, Hi Diddli Ay music on, like a live band or something like that. People were generally having the craic as they say back home, enjoying themselves, laughing and just having fun.

Boredom and Putting the World to Rights

Without that, I’ve been in pubs on my own and trying to crack up a conversation with the barman, who’s being paid to be there and I have to say, that when I do look back, the one thing that strikes me that sticks in my mind, the one state of mind that I recall is just pure boredom. Trying to have a conversation with a barman and eventually, if you’ve got enough drink in you, you that you don’t give a shit anymore whether his answers are cool or not, and he’s your best friend anyway. Then there are those conversations which are completely deep and meaningful when you’re sat beside a bloke, slowly getting drunk, slowly getting polluted and you’re putting the world to rights. They’re conversations that won’t be remembered the next day and they’re probably better off staying that way anyway.

You Don’t need to Drink to be Sociable

It helps you get into a state where, you don’t really care what the other person is saying. I don’t think you really care who you are with anymore once you get drunk, but that’s not being sociable that’s being selfish. Like I say quitting drinking, I’ve never been more sociable in my life. I love talking to people now, I love meeting people and striking up conversations and new relationships, it’s just great and I definitely have a lot of fun when I’m out now, especially when I have to listen to somebody who’s drunk. It all depends on your perspective, if you let people annoy you, they’re going to annoy you. But I just tend to have a, I have a good time now when I’m out. 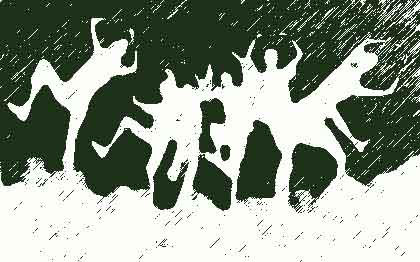 Do You Have The Determination To Succeed?
Alcohol & Hypoglycemia
Alcohol & Indigestion