When Quitting Alcohol Do Not Use Substitutes! Kill The Behavior | SDA6

This is Alcohol Mastery, my name’s Kevin O’Hara, and welcome to the Thursday Tally #6.

New on the Site This Week

On the website this week, I did 3 more questions on the Johns Hopkins 20 questions, are you an alcoholic?
The first one was to do with shyness, whether you drink because you’re shy of other people.
The second one was to do with your reputation, whether you think that you’re losing a bit of your reputation because of your drinking.
And the third one asks if you ever felt remorse after drinking.

Next Week on the Site

Next week I’m gonna do 3 more questions from the Johns Hopkins, I’ll also be asking if you’re drinking too much.
I was supposed to do that last week, but I just got bogged down with stuff and just didn’t get it done, so apologies there.

My ups and down for the week. Well, on top of the list has got to be being off the drink for another week.
I just feel great, I’m really starting to get into the spirit of this, I’m getting a new lease on life, without the alcohol, I don’t need it any more.
I only lost a pound last week, but it’s in the right direction, and I’m starting to shed my body of all that alcohol fat.
I ran for 8 minutes straight, so that’s a first for a long time.

Downs, not many, a couple of brain farts as normal, a couple of little doubts in the back of the mind, but again they don’t last too long.

My tip for the week this week is not to use substitutes. 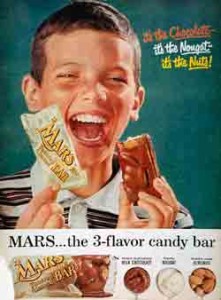 Now, I’m not saying don’t replace alcohol, I’m saying don’t think in your mind that you’re replacing it.
Don’t think well, I’ve had a week off the drink and to award myself I’m gonna eat ten mars bars. Don’t do that, it’s only gonna come back to you in the end.

It’s all about breaking your associations.
Before, most people when they drink they say “well, it helps me to relax”, “it gives me a bit of courage”, “it breaks down a few inhibitions that I’ve got”, “it helps me to deal with people socially”, there’s other ways, and alcohol never did that for you anyway.

The big thing for me was always going to watch the Arsenal, playing on a Saturday or Sunday.
I’d always use it as an excuse to have a load of pints, 8, 9, 10, as many as I could get in.
Now I have a bottle of water and a pint of orange juice.
And for the first few weeks I had the lads ribbing me, really taking the piss.
Now it’s all boring to them, it’s all past news, and I really enjoy going to the matches again.
So, I’ve totally taken that association of the football with the beer and turned it on its head, and that’s what you need to do.