How Have Your Relationships Changed Since You Quit?

How Have Your Relationships Changed Since You Quit Drinking (Transcript)

Hi, I’m Kevin O’Hara for Alcohol Mastery and today I’m going to be asking the question, have your relationships changed since you stopped drinking?

Relationships Change for the Better

Really there is no way that your relationships can’t change when you stop drinking, they have to, alcohol is such an embedded part of your life, it was such an embedded part of my life when I was drinking, it just seeped into everything.
All my relationships were affected by it and definitely when I quit, that was the case as well there were, most of them were affected to the good, it’s actually one of the hardest things to come to terms with when you quit drinking that the fundamental nature of your relationships is going to change.

This definitely is true when it comes to your drinking buddies, that relationship with your drinking mates when you don’t drink anymore is changed and it’s changed forever. If you ask yourself do you feel comfortable, would you feel comfortable getting drunk in front of a non-drinking stranger or a room full of non-drinking strangers and the answer is no, most of us wouldn’t.

It becomes that same thing in your relationship with your drinking buddies is that, the whole thing has changed you’re the one person now that’s not drinking and you’re going to find it boring, they find it weird and possibly even a bit distrustful, at the end of the day it’s reciprocal thing when people drink together.

You and I both drink together, we can both talk shite with each other and act shite with each other and when it comes down to it in the morning we’ve both got the same level of memory about the event and even if we do remember it’s always, “I was drinking” but when there’s a person there that doesn’t drink anymore, they don’t have that, they remember everything and you’ve got to watch yourself if you’re a drinker, especially when you get drunk, you’ve got to watch what you say, so you’ve got to be on guard, so you can’t relax and the drinking experience is not going to be good for you anymore.

Those drinking buddy relationships just don’t work and no matter how much you want them to, you want to go to the pub and still have the same experience without you drinking – it’s not going to happen. The pub is not going to change, the pub is there for drinking. If there was no drinking, it would be a coffee shop or whatever it wouldn’t be a pub anymore.

Do you know when you do quit drinking unfortunately you have to quit the whole drinking lifestyle, if you don’t you’re just going to go back on the booze again. There’s an old saying, “birds of a feather flock together” and when you change your feathers, you’ve got to change your flock.

There are areas in life which are cross-overs, for instance going into a restaurant, you can still do that, going to parties if you still want to do that there’s no point in giving up that. Going to festivals you’re always going to find at these places like minded people, people who are not there just solely for the drink.
In the pub generally the people that you are with and the relationship that you had in the pub that’s all about booze nothing more so.

Other relationships that have changed for me have been my family we really, I didn’t understand, I didn’t realize how deeply affected my family relationships were, how strained some of them were until I’d actually stopped drinking.
Now it’s like instead of being the drunk of the family, which I was for many years a lot of it’s very playful, like Jesus if you want a drinking buddy to go out with somebody that will under the table then go to Kevin or here we are Kevin’s at it again, I’d be the first one into the restaurant to try and get a few drinks in me or I’d have a few drinks in me before I went to the restaurant.

Another area is just the trust like I say the relationships, afterwards when I quit drinking I realized how much my family didn’t trust me with, certain aspects of their life, I’ve lived around my sisters for a long time and it’s the first time I’ve been asked to babysit and I never realized that before.
It was don’t give the baby to Kevin to look after and looking back on it, I can understand why, although I don’t think I would have ever drank while I was babysitting but…It’s always in the background.

Another thing is the amount of quality time that you spend with your family just increases because you remember everything, the next time you meet you’re not going back over old conversations that you’ve had but you’ve forgotten about but the ones who haven’t been drinking remember and there saying to you, “we had this conversation last time” and you’re thinking, “oh god” blame it on the Alzheimer’s.
As I said before everything is connected to everything else, so it’s not surprising that when you do stop drinking, that your relationships, all your relationships, do actually change for the better I can say personally.

So if you have any questions about that, if I’ve rambled on a little bit and you don’t understand everything then give us a shout. Until next time my name’s Kevin O’Hara for Alcohol Mastery.
Onwards and Upwards 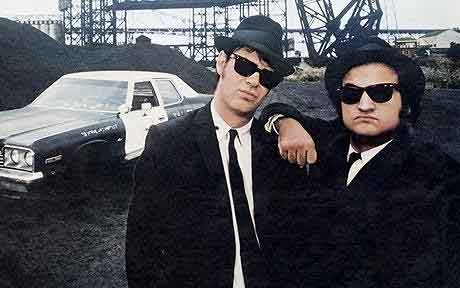