Does Beer Hydrate or Dehydrate the Body?

Does Beer Hydrate or Dehydrate the Body? (Transcript)

My name is Kevin O’Hara for alcohol mastery and today I’m gonna be asking the question, “Does beer hydrate or dehydrate you?”

Back in the old days, when beer was first made, it was made because the water was absolutely filthy. They couldn’t drink the water because they’d get all sorts of nasty diseases. By adding alcohol it meant that a lot of the bacteria was killed.

Beer in the old days was very mild. It was maybe half a percent, so you could basically drink it all day long without it having much of an effect, much like shandy that you buy now in a tin can.

Modern day beer is a lot stronger than that. The average beer nowadays is 4 or 5 percent. So the answer to the question “Does it hydrate or dehydrate you?” is that it actually dehydrates you.

It’s actually thought that if you drink 200 ml of beer, that you don’t just urinate 200 ml of water. You actually urinate 320 ml of water, which is a 120 ml of dehydration.

The Inner Fight for Water

So where does the extra water come from?

The first thing you have to understand is how your body deals with alcohol. Alcohol is a very small molecule and it gets through the lining of your cell membranes very quickly. The liver has to deal with it very quickly because it’s a toxin.

Second thing you have to understand is that if you weigh 80 kilos then your body generates about 80 ml of urine per hour. If you’re 100 kilos, it’s a 100 ml of urine – 110 is a 110 ml of urine per hour. And also the alcohol you’re taking into your body interferes with the mechanisms that regulate the water in your body. So basically there’s a chemical inside your body called ADH which regulates the amount of urine that you excrete, so you’re trying to keep water inside your system. This is put out by the pituitary gland in your brain.

Alcohol works the opposite way around – it stops this ADH from working. Or at least, it prevents your body from producing enough ADH and forces your kidneys to expel much more water than it would normally do.

As I said in the previous video, a lot of people try to compensate for the amount of dehydration that beer or alcohol inflicts on the body by drinking more water. It doesn’t really work because your body will only hold onto a percentage of the extra water that you’re bringing in, and it will get rid of the rest. Although it does help, it doesn’t help as much as it would do if you didn’t drink any alcohol at all.

So the question is, “Does beer rehydrate or dehydrate you?” Definitely dehydrates you. The only way to avoid it is not to drink beer. Drink plenty of water instead, it’s good for you! 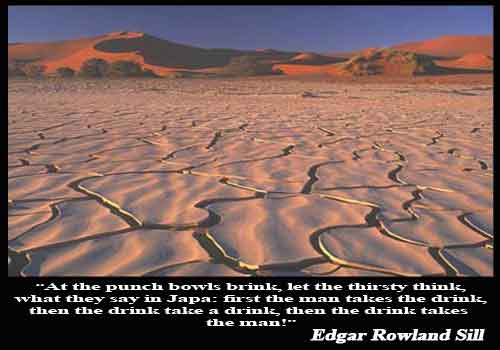 Where Do You Want To Go After You’ve Quit Drinking?
Alcohol & Coma
Alcohol & Diabetes