This is Alcohol Mastery, my name’s Kevin O’Hara and welcome to Stop Drinking Alcohol Week 19.

I’m back to normal again this week, thank God!

Everyone’s gone home, the party’s over, and I can get back to my routines.

In fact, the brain loves routines – it thrives on them.

Imagine if every time you wanted to go out the door, you had to re-learn how to tie your shoelaces, or figure out which shoe went on which foot, or if the socks go on the outside or inside of your shoes!

That’s what life would be without your habits.

If every human had to rethink things out every time they wanted to do a simple task, there would be no such thing as socks and shoes, and there would probably be no door to go out of! We would still be stuck in the cave, frightened by loud noises and bright lights.

I have a problem with my left and right. I know which shoe fits on my left foot and which fits on my right by looking at the shape. But when someone asks me for directions or tells me to turn right or left while I’m driving, I have to mentally visualize which is which. It only takes a second or two, but it’s a glitch in my habit process that I’ve never been able to overcome. It’s a simple problem, but one that gives me a sneak look under the curtain at what it would be like without the habit generator.

Your life is composed of thousands and thousands of habits. Each habit is essential to your daily survival and your sanity.

Your brain is all the time looking for patterns that it can turn into routine habits.

Without this habit generation, you would be so overwhelmed by the simplest things in life that you would either be frozen through indecision, in which case you would die very quickly without outside intervention, or you would go stark raving bonkers!

It is a fundamental job of the human brain to figure out which actions it can turn into habits, and to do this as quickly as possible.

“The successful man will profit from his mistakes and try again in a different way.” Dale Carnegie 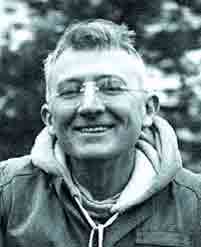 Cut Yourself Some Slack – We All Make Mistakes

One of the problems with changing habits is that the old habits never quite disappear; they stay in the background waiting to jump right back in without your awareness.

That’s when the mistakes happen.

Take a couple of the habits that I’ve changed over the last few months. Stopping drinking alcohol and weight loss.

I didn’t drink over the last week, but all the alcohol triggers were there from the get-go.

As soon as I arrived at the restaurant I felt the pangs. We all sat down in the sun, under a massive tree, and the waitress came round to take our drinks order. All the lads ordered pints. I ordered water. When you’re hungry and you smell some really good food, your mouth starts watering, right! In fact, you can probably get your mouth to start making saliva by just thinking about your favourite food. That’s the closest I can get to explaining what was going on in my head when the pints were delivered to the table….

My Brain Was Watering!

I had to reel myself in a bit and look at the pints for what they were, not what my brain was telling me they were.

My old habit was resurfacing and it was forcing the notion into my lizard brain of scrumptious, mouth-watering, thirst-quenching, delightful, first and world’s best and no nonsense miles away from ordinary tasting golden beer.

My frontal lobe was frantically firing off rational responses. I saw foul-tasting, gaseous, piss-water, that would cause me to have bad indigestion, to talk rubbish for hours on end until I fell into a comatose non-sleep at the end of the night and woke up to a shitty hangover the next morning. As well as that, I’d not be able to drive, I’d have an empty wallet, and I’d fall out with at least one person and not know why.

I was quite happy drinking water for the night.

Letting the Hair Down – Metaphorically Speaking!

My thoughts of dieting went straight out the window.

I was never really on a diet; I’m watching what I eat, but not what you’d call ‘dieting’. I avoid junk food and tend to eat more fruit and vegetables. I’m always satisfied after a meal, I never feel deprived, and so I don’t feel like I’m dieting.

Drinking had a lot to do with my being overweight in the past, not only directly but indirectly. When I drank, my resolve would weaken or I just couldn’t give a hoot any more about what I was eating. The quick fix of fast food was my weapon of choices after each and every drinking session.

I went out with my family almost every night and wasn’t too bothered about what I ordered. Funny enough, it wasn’t all throwing caution to the winds. Although I ordered all my old favourites (the habit is still there in the background), the big plates of grub would come out and couldn’t finish them. Maybe my stomach is just shrinking. Who knows!

I weighed myself this morning and I put on 5 pounds in total. Not a worry though, I’m back on track now and I’ll lose that by next week.

If You Make A Mistake….

If you make a mistake in life, don’t worry about it, just get back up and carry on regardless.

The key to changing something in your life is about understanding what you’re doing wrong as well as what you’re doing right. Too many people laud themselves for the things they get right, blowing smoke up their own arses, and ignore the mistakes. But…

The learning is in the mistakes.

Remember that if you’re not making mistakes, you’re not doing anything, because you’re mistakes are part and parcel of your experience!

There’s nothing wrong with making mistakes, learn by them and move on.

“A man’s mistakes are his portals of discovery.” James Joyce

In figuring out what works for you when quitting drinking, you must also know and understand what doesn’t work. You will make these discoveries through your mistakes.

So, that’s the Stop Drinking Alcohol Week 19. A bit of a ramble this week, I hope you got something out of it.

My name’s Kevin O’Hara, this is alcoholmastery.com