What’s the Best Way To Say No To Alcohol? The PASS Method!

The Easy Way to Say No to Alcohol…

After you’ve taken the plunge and quit drinking, the first few months can be very difficult for you to say no to alcohol. There’s still gonna be plenty of occasions and family events that you just have to attend. Weddings and stag nights, birthdays and Christmas parties, christenings and funerals, and lets not forget the obligatory office parties…

I want to show you a few simple strategies that will give you the edge.
By using Alcohol Mastery’s PASS method, you’ll never have to worry about not being able to say no to alcohol again!

But first you have to ask yourself…

It’s very important that you think carefully about this!

Before you can say “no”, you’ve got to know who you’re saying “no” to…

Other Things to Consider

For the most part, drinkers care about their own drinks, not yours. They couldn’t care less about the contents of your glass so long as their glass contains the right stuff.
It doesn’t matter if their college drinkers or end-stage alcoholics.
Once the party gets going, no one’s going to remember what’s in your glass.

If, when, and how you tell people you’ve quit drinking is up to you.
It’s your call!
You don’t have to explain yourself.
Once you quit drinking, you’re under no obligations, moral or otherwise, to go around letting everyone know.
It’s your business!
Don’t be pushed into a corner by nosey parkers looking for a bit of juicy gossip.

Sometimes you’ll come across someone who just can’t take “no” for an answer. They’ll insist that you join in on the ‘fun’…

Use the “no” script (see the attached video) so you have plenty of short, controlled, and authoritative responses for these annoying pests…

The PASS method will give you the tools you need to confidently say “no” to any alcohol, anytime, anywhere!
“P.A.S.S” is a useful memory device for helping you to remember the important concepts.

There’s always going to be another party and why should you miss out on all the fun! However, it’s important that you prepare in advance, before going to places where alcohol’s likely to be served, especially in the early stages of your quit.

“By failing to prepare, you are preparing to fail.”
Ben Franklin

Before You Leave Home

You should have all these things decided before you leave home.
This is your game plan!
You can always stay longer if you’re having a good time, nothing is written in stone.
If you have a ‘call a friend’ buddy, let them know that they’re going to be in that role for the evening! Don’t wait until you have a problem, call them out of the blue, and they’ve no idea what you’re going on about. Organize as part of your prep work.
A way of being sure of what you’re drinking is to bring your own NA drinks with you, especially to house parties (don’t try taking your own bottles into a night club!).
It’s then easy to say…“I’m ok, I got it covered!”…when someone offers you a drink… 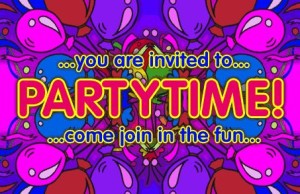 People are generally easy-going…they ask if you’d like a drink…you say “no”…they say “ok” and then move on.

But there will be times when just saying “no” is not enough. You are going to come across ‘little annoyances’ who will make it their mission to get you to have a drink…

Part of the preparation work is writing your own ‘script’.
Start with someone asking you the question, then write down the answer that you’ll give.
Practice and you’re good to go!

Act the situation out for yourself in front of the mirror and repeat it over and over until you can say your lines perfectly, with authority in your voice. Better still, try them out with a good friend.
You don’t have to shout or be aggressive, just be firm.
See the video at the top of the page for more on this!

Get it into your head that when you say ‘no’, you mean ‘no’. You’re leaving no room for argument. If you don’t believe yourself, you can’t expect anyone else to believe you either.

No matter how hard you try, some idiots are just not going to take ‘no’ for an answer and will keep trying to push your buttons.

A buddy of mine uses “I’m driving” excuses for everything, and gets great results. If he’s offered something he doesn’t want, whether it’s a drink, some food, some dodgy dvd’s…he smiles and says “No thanks, I’m driving”.
Most people don’t know what to make of it! They always look a little confused and flustered, then they just smile and carry on about their business.
It cracks up me every time I see it!
It’s brilliant!

In a lot of situations, you’re gonna have a buddy present who knows what you’re going through. They’ll be only too willing to be your wing-man for the night.
Bringing someone on board like this, into the inner circle, works like gangbusters. They’ll be on a mission for the night…
To protect and serve!
It’s great…it really takes the pressure right off you… it’s like having a bodyguard for the night.

Think about leaving before you even arrive using the ALLEy rule.

Scarpering, otherwise known as getting the f**k out of there, taking to one’s heels, cutting and running, or heading for the hills is a very viable option when you’ve just about had enough!

You’ve run out of patience for the whole thing and it’s just time to call it quits. Most people won’t even notice that you’re gone.

Don’t think too hard about it, just say “I’m off to the toilet” and slip away into the darkness. Or “I’ll be back in a minute” and head for the hills…

So, when you’re invited to a party in the future, don’t worry, use your PASS and enjoy yourself.

Thanks for visiting again.
If you have any remarks or questions, leave them below in the comment box.
If you need any help or advice, just shoot me a line using the contact form at the top of the page.
I’ll do my very best to give whatever help I can.

Until next time…Onwards and Upwards!