My name is Kevin O’Hara and today I’m gonna be asking the question:

It actually feels as badly as you want it to feel. If you look on the internet, you’ll come up with lists of symptoms, all ranging from sweaty palms and shaking and headaches, all the way up to death by alcohol withdrawal.

Damage Done in the Brain!

If you’re the hypochondriac type, if you spend your time looking on the internet for all the bad symptoms and you read books about how bad the symptoms can really get, then I’m sorry to tell you but a lot of those things will come true for you because you’re making them true. What you think about and what goes through your head – you can actually make into reality just by thinking about it and dwelling on it.

My one big symptom – the one that really got me this time – was sleeplessness. I went for a while without being able to sleep properly – probably 30-40 days. I think it was mostly – mostly, but it was partly my own fault. I sort of did a lot of damage up here [in my head] because I compared it to what I’d done before. I’d given up alcohol before, for a year, about five years ago, and I couldn’t sleep for a month. I basically compared this time with last time, but they were two different separate occasions.

One of the main things about the last occasion was I wasn’t giving it up completely. I had every intention to go back on the beer again. This time, I knew I was never going back onto it, so it just wasn’t the same thing. Like I said, I defeated myself before I even started.

The big trick is, to not even think about your symptoms. Don’t give them the time of day. Because you can only think about the symptoms in one way and that’s how they’re going to affect you. Instead, you look at yourself and you think how good you’re going to feel in the morning when you don’t have a hangover anymore.

Or how good you’re going to feel and how full your wallet’s going to be next week after you’ve stayed in and you haven’t spent all your money on alcohol.

How good you’re going to feel in six months’ time when you lost a bit of weight. How much self-respect you will regain for yourself when you’ve quit drinking when you see everyone else around you still poisoning themselves.

That’s the only way to look at it.

Anyway, I hope that you got something out of the question. 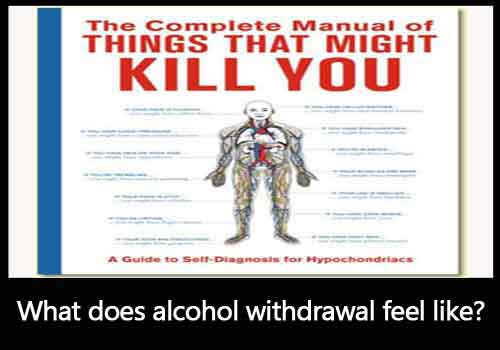