How Long Until You Could Watch Others Drink?

A quick question today about how long before I could watch others drink. No video… It feels wierd!

I was thrown in at the deep end almost straight away. I quit on 2nd January, 2013 – making sure I got New Year’s Day out of the way. I think I had a couple of glasses of wine at my sister’s. If you’d asked me a couple of weeks before what I’d be drinking on my last day drinking ever, I’d have probably said I was gonna get as pissed as possible. Well it turned out I could barely get the two glasses down. I was just ready to give up.

One of the biggest celebrations in Spain is El Día de los Reyes. This is held on January 6th every year. It’s when Spanish kids get a whole load more presents, everyone and their aunt is out partying with each other, and watching fireworks displays that put New Year’s Eve celebrations to shame. So, while normal folk are detoxing and maybe getting some psychiatric help, the Spanish are giving it one more lash.

I’d made up my mind to quit, so watching others drinking wasn’t a problem. Of course I felt that something was missing, but I knew I had to fight that part of my brain and push onwards. 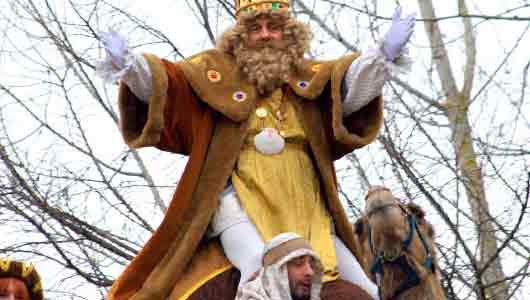 So, the answer to the question – how long until you can watch others drink – is, as usual with these types of questions, different for everyone. It might be easier in the early days than you think. You always have determination and novelty on your side at the beginning. You might have just gone through some massive binging sessions, and you’re too sick to even look at alcohol.

It’s when the weeks wear on and the determination starts to develop holes that you’ve got to be most careful and vigilant.

You don’t have to watch anyone drinking. If things get too much, you can always leave. If you feel you’re ready, give it a go. Be honest with yourself and those around you. There’s no shame in telling everyone else you’ve had enough.

Try to keep away from pubs or bars. Putting temptation in your way might strengthen your willpower in the long run, but is there any point in making it harder for yourself? I tried to join my mates in the pub the last time I quit… it was just annoying!

They were just annoying!

Don’t be bullied or made feel like a wimp! You’re in a great place. The end result is fantastic. No more poison!

I’ll do a video in a couple of days.
Until then… Onwards and upwards my friends!
Kev

Are You Capable of Giving Up Alcohol?
What Are The Signs That Drinking is Causing You Problems?
What Changes To Expect After Quitting Drinking?
Do Alcoholics Have to Drink Every Day?