Have You Ever Felt Remorse After Drinking?

This is the fifth question of the Johns Hopkins 20 questions: “Are you an alcoholic?” …the question asks: have you ever felt remorse after drinking?

Remorse After Drinking and Fear of Reputation

The worst type of post-drinking-remorse is linked to a fear about the loss of our reputations. You wake up in the morning and think “Oh shit, I hope that was just a nightmare”!

If your hangover is very bad, you might not be thinking too much about what’s gone down the night before. You’re far too busy feeling sorry for yourself and saying ‘Never again’.

As the worst of the hangover feelings fades into the past, you begin to remember some of the highlights from the night before, some of the things you’ve done or said. It’s that remembering that triggers your stomach to sink, also known as remorse.

If you’ve really pushed the boat out, gone overboard, and drowned yourself in your poison of choice, you might not be able to remember very much at all.
You experience a whole different level of remorse.
Should you be sorry for something you’ve done? …
Something you’ve said?…
You’re afraid, nervous to even get out of bed, everyone knows that sheepish “Good morning” to your partner who’s banging around in the kitchen.

How many times are you going to drink so much that you actually crash your brain, like it’s some cheap Dell PC.

After too many of these remorseful days, I gave in, I quit.
It’s not the only reason I quit, there are hundreds of those, but it has to be up there with the best of them.

Here’s a quote from the American writer Richard Bach, author of the excellent Jonathan Livingstone Seagull:

“Some choices we live not only once but a thousand times over, remembering them for the rest of our lives.”

I have many shuddering memories from my days of drinking; some of them I think about panic… have I still got that kind of stupidity in me? 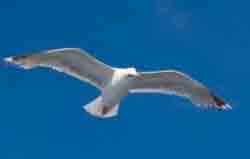 Many of them will stay with me for the rest of my life.

One of my more moronic memories will haunt my nightmares, both sleeping and awake. When I think about it, I always see my son. Firstly because he’s around the same age as I was, so I hope he’s got more sense. But more sickening is if that dumb-assed stunt had gone wrong, he wouldn’t have been here at all!

A few of my mates and I decided, for the fun, to take a trip across the Irish sea to Hollyhead, a port and small seaside town in Wales. I don’t know if they still do the trip, but at the time… about 25 years ago, there was a daily return sailing that departed from Dublin at 9am and arrived in Hollyhead for 12.30pm. You had 3 hours before the return trip.

Mostly, day trippers would use the service for cheap electrical goods (tv’s, stereo’s, etc.) and the duty free fags and booze. We were just looking for a day out on the lash.

We started drinking as soon as we got on the ferry in Dublin. We went on a pub crawl in Hollyhead and just made it back to the ferry before the doors closed. Once we’d bought our duty free we went out onto the deck.

You could buy whatever duty free you wanted on the boat, but were only allowed to land so much once you arrived back in Ireland. So we would buy a few crates of beer just for the crossing.

The thing that makes my stomach turn, even now as I’m writing this, was acting like a complete suicidal gobshite and standing on the railing with my arms out like a tightrope walker. One jolt and I’d have been over the side, and in my condition that would have been that.

Not long after that, a few of my mates went to Spain for a holiday, I couldn’t go because I didn’t have the money. They rented a self-catering apartment in Marbella for a week. One of my best mates drank too much, got onto the railing of the balcony just like I’d done, and slipped on to the concrete below.

That was the first funeral I’d ever been to!

Remorse is Part of Life

Everyone has remorse about things they haven’t done.

The less hair I have on my head, the more regret seems to well in my heart.
There’s no point to most of it. You can do nothing about the past. As Wayne Dyer says there’s no such thing as coulda, shoulda, or woulda. They are all things you can’t do.
You can’t shoulda not gone out the other night.
You can’t coulda done it differently.
And never listen to someone who tells you they woulda done it differently… because not here on planet Earth they can’t.

That’s what you CAN do. You’ll never feel remorse for doing that!

This is an article in a series posts on the Johns Hopkins 20 questions which was designed for you to self-test and discover if you might have an alcohol problem. If you answer yes to this question and yes to some of the others in the test, you need to take a look at your drinking habits. You can find the master article here:

Have You Ever Felt Remorse After Drinking Transcript

Is Drinking Making Your Home Life Unhappy?
Do You Drink Because You Are Shy of Other People?
Is Drinking Affecting Your Reputation?