by Kevin O'Hara | What to Expect | 2 comments

When it comes to habits, everyone knows it takes a long time; it’s a very slow process for a habit to form. Just for you to get onto that plateau where it’s a daily habit is about 66 days, roughly 66 days. It’s a very hard upward slope at the beginning, it starts tapering off, and then around 66 days, it goes onto a plateau and it becomes easier to do the habit, to have the habit as part of your everyday life.

If you think about a child when it’s born, if you’ve ever watched a young infant, even learning the simplest tasks like putting something into its mouth or standing up and walking, it’s all trial and error.

Our old habits are still waiting in the wings, and the longer you’ve been drinking for, the more deeply ingrained these habits are going to be. The problem with these old habits is that they’ll come up. At the beginning, you’re not too far off it, the 66 days, so you get past that two month period, and everything seems to be plain sailing.

I’ll give you the example of me the other day, and I’ll explain it a little bit more. I got a phone call from a mate of mine in Ireland. It’s not unusual, I haven’t seen him in about two years, but I’ve spoken to him several times on the phone. We always talk about the same thing, what he’s doing for work, what I’m doing for work. We talk about the team that we both support in the premier league. And we just have a natter. How is this person or that person, that kind of thing.

I asked him where he was, and he said “I’m in Paddy Quinn’s” which was a pub that we both used to go to, it was one of our locals. He said, “I’m on to the Diamond in a minute”… and it was just, the whole conversation, everything coming together, I was speaking to Liam, and it was like I’d never left Ireland. It was like two years had never gone past. And it was like I was two miles up the road instead of two miles in another country. It was that strong that I could taste the beer. I could smell the bar. I could see everything; I knew who was in the bar, that kind of thing. It was just a big, strong, emotional memory. It only lasted a couple of minutes. But in those two minutes, it was so strong. 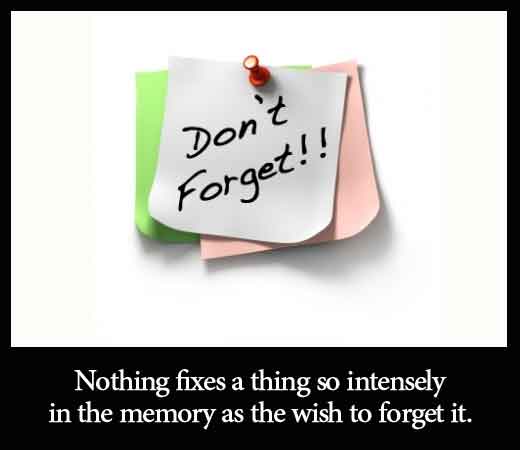 Beware of the Pouncing Memory

But these are the situations; these are the strong emotions, where everything comes together. It’s like the previous months haven’t occurred. And it’s a really strong emotion. Like I say, it doesn’t last long. You’ve just to be careful that these are only memories. I would say that it’s your habit trying to get back, it’s your drinking trying to get back, but that’s bullshit, you know. It’s just all the things that you used to do, all combine, when you have a combination of memories all in one single package. And it’s a little overwhelming for a few seconds, but it’s having the knowledge that it will happen to you. And when it does happen to you, you just carry on as if nothing has happened. It did keep me thinking for almost a week. But there you go.

For an extra couple of tips, sign up for our weekly newsletter at the top of the sidebar. It’s free! Just fill in your email address and first name… It gives you a heads-up to new content on the site, and most importantly – it’s a weekly reminder of your commitment to quit drinking.