Do You Crave a Drink at a Definite Time Daily?

One of the hardest parts of giving up alcohol is that you’re brain has built up habits and associations that fix drinking to other, normal parts of your life.

All drinkers have a time and place when they like to have a drink, they also like to do other things while they’re drinking.

For instance, you might be drinking while you’re watching a match, having a drink with your dinner, or maybe you have a few beers every night to chill out and relax after you’ve come home from a long day at work.

Over the years, you’ve built up these habits and associations, and they’ve become a day to day part of your life.

Your habits don’t take that long to become fixed in your brain.

Your brains natural state is habitual, it loves you to do the same things day in and day out, it’s safer for you that way.

So the process of establishing a habit needs to be quick.

After an initial steep climb where your brain is trying to hold on to the old habit, the going becomes easier; the effort you’ll need to establish your new habit will begin to level off and will reach a plateau where will become as fixed as it’s ever going to get after 66 days, on average.

That means that after doing something over a period of two months, even if you don’t do it every day, it will become a part of your life forever, unless you change it.

That’s why cravings become associated with certain times of the day, or they become affixed to behaviours, or activities.

There was no one time of the day that I craved a drink.

After a hard day’s work, the pint craving was a huge one for me.

I would be thinking about the taste of the pint for at least a couple of hours before I’d finish working. I could see it, smell it, almost feel it going down my throat, and I really wanted it.

By the time the day was finished, I would be racing around, getting all the gear into the Landy, clearing up and trying to get the hell out of there as fast as I could.

I wouldn’t go home to change or shower, straight to the pub. It didn’t matter; we were all the same, straight from work and into the pub.

The first pint always went down the smoothest, taking about two minutes. I used to order two pints when I arrived in the pub, one to guzzle straight away, the next to relax over.

Another time for a drink was with dinner. Another was watching the television. Most of the time I lived by this equation:

When You Can’t Drink Matters

To really tell what drinking means in your life, you have to think about those times when you would normally have a drink, but on occasion for some reason you can’t.

What happens when you get a craving for a drink at a certain time of the day, a time you’d normally knock one or two back, and now you choose not to, or you can’t?

If I didn’t follow through with a drink, say if I went to an Arsenal match and I couldn’t have a drink for whatever reason, I wouldn’t be able to stop thinking 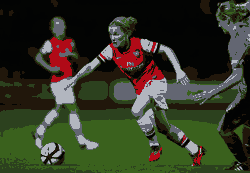 Not in terms of having a picture of the drink floating around in my head, or saying to myself “I’d love a pint” over and over. I just wouldn’t enjoy things as much, I’d be looking at the other pints sitting in front of my mates or the other customers with envy, I wanted one! I wouldn’t voice that though.

This was the eleventh post in the series of articles on the Johns Hopkins 20 questions which was designed for you to self-test and discover if you might have an alcohol problem. If you answer yes to this question and yes to some of the others in the test, you need to take a look at your drinking habits. You can find the master article here: Are You Alcoholic Twenty Questions

Do You Crave a Drink at a Definite Time Daily Transcript

Do You Turn To Lower Companions and an Inferior Environment When Drinking?
Does Drinking Make You Care Less For Your Families Welfare?
Has Your Ambition Decreased Since Drinking?