Cheers! Drinking DOES Release the Feel-Good Factor In Our Brains

“Cheers! Drinking really does release the feel good factor in our brains.”

Today, I wanted to do something just a little bit different. I read an article the other day in the Daily Mail newspaper and the headline was, “Cheers! Drinking really does release the feel good factor in our brains.”

It just got me thinking. I did a little bit of research on the article, where the research actually from. It’s just really surprising. So I’m gonna carry on walking anyway.

The first sentence of the article is, “Scientists have discovered why alcohol can make us feel good. For the first time it’s been shown that drinking alcohol releases feel-good chemicals in an area of the human brain often referred to as the ‘pleasure center’.”

The article goes on to say, “The study from the Ernest Gallo Clinic and Research Center at the University of California has used scanning technology to light up the brain of drinkers, releasing endorphins in the process.”

They say, “It provides the first direct evidence of how alcohol makes people feel good.” This sort of ties in to some of the articles I’ve done earlier on in the week nicely.

Drinking Too Much Clues

The research leader, Jennifer Mitchell, or as she’s better known on the Gallo website, a research investigator said, “This indicates that the brains of heavier problem-drinkers are changed in a way that makes them more likely to find alcohol pleasant. And it may be clue – it MAY BE a clue – to how problem-drinking develops in the first place. The greater feeling of reward might cause them to drink too much.”

Now this next sentence is in the article. It’s about halfway down so you can read it for yourself. It says, “Before drinking, the volunteers were given injections of radio-actively tagged carfentanil, an opiate-like drug that binds to sites in the brain called opioid receptors, where endorphins also bind.”

Really? I wonder which one made them happy, the opiate-like substance or the alcohol.

At the end of the article, another researcher – I think a guy a bit higher up the chain, so to speak – a guy called Howard Field says, ‘If we better understand how endorphins control drinking, we will have a better chance of creating more targeted therapies for substance addiction.’

The reason I even looked at this article twice and the reason I’m doing the video is because I started doing a little bit of digging around and I found out that the Ernest Gallo Clinic and Research Center at the University of California is FUNDED by E&J Gallo Winery in Modesto, California!

Keep It In The Family

The E&J Gallo Winery is the biggest family on winery in the United States. They not only have their own brand – the E&J Gallo brand – but they also make and market and advertise and advertise 60 other label. They were one of the pioneers in America of wine advertising on TV and they were the first to bring about in a big way brand management and modern merchandise into the wine industry.

You have to ask yourself if there’s a conflict of interest here. I mean, I don’t have to ask myself and I was a bloody conflict of interest. It’s a bit like the heroin dealer saying, “You know, heroin really does make you happy. It’s only problem heroin users that have got a problem with heroin. Don’t worry because we’re doing lots of research, we’re putting lots of money into it to find a pill that will cure all your problems.”

Now I’m not one for making big, moral judgments but it seems to me that if you’re a heroin dealer and you were doing business like that, you’d soon be locked up. You could even get the electric chair. But if you’re a wine dealer and you’re doing stuff like that, then they’d give you a board on the nearest state university and research facilities…Hmm.

That’s Life As We Know It…

Anyway, we’re surrounded by that kind of stuff now. The pharmaceutical industry, the same thing they’re funding research all over the place to make sure that we get the right research results.

It’s just life. The best thing is just not to have anything to do with it. When you don’t drink, you don’t have the influence by any of that. 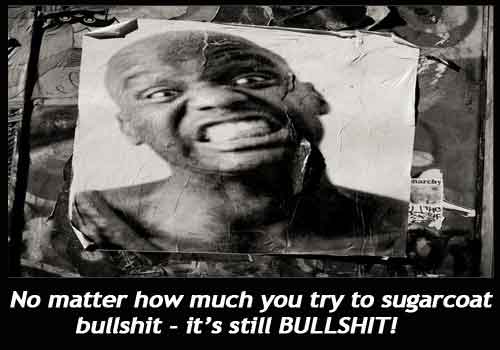 Believing passionately about something
Alcohol & Gastritis
What does alcohol withdrawal feel like?