Why Do We Need More Alcohol?

Why Do We Need More Alcohol? (Transcript)

How are you doing?

I’m Kevin O’Hara for alcohol mastery and today I’m going to be asking the question ‘why do we need more alcohol?’

It basically falls down to that one thing.

Your tolerance levels are going to depend on so many different factors including your age, your height, your weight, your sex.

When you look back at when you started drinking alcohol, those first few drinks that you had would have made you light headed at first, the more you drank, your heart beat would have risen, you might have got the shakes, you might have started vomiting, I know I did. It’s basically the same as the symptoms of poisoning.

It’s something similar that you get when you’ve got food poisoning.
I know there are an extra couple of added symptoms that we won’t go into here. But it’s a similar sort of thing.

Hearing What Your Body Has To Say

And your bodies got no choice but to adapt. It doesn’t know that you’re doing it deliberately.

How stupid would a person be to deliberately poison themselves?

Your body doesn’t know this, it’s under the impression that the environment is poisoned or there’s poison in the food that you’re eating and in order to survive it’s got to adapt so it starts producing more of these chemicals.

Just because we use the world tolerance, it doesn’t mean to say that your whole body is tolerating alcohol.

The same amounts of alcohol are still going into your bloodstream. You’ve still got all this stuff going around, floating around your system, wreaking havoc and doing damage and the only thing that’s tolerant about it is that you can function on higher levels of alcohol than you were previously capable of functioning at.

That again is a survival instinct. If you were constantly not able to function you would not get much done and you’d die pretty quickly.

So that’s basically it, in a nutshell, that’s why we need to drink more alcohol, because it’s the bodies way of surviving and keeping you alive, despite your best actions to try and poison yourself.

So until next time, I’m Kevin O’Hara for alcohol mastery.
Onwards and upwards. 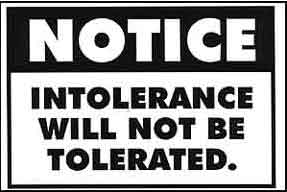 Does Alcohol Alter Your Mood?
Cheers! Drinking DOES Release the Feel-Good Factor In Our Brains
Everything is Connected to Everything Else