Where Do You Want to Go after You’ve Quit Drinking?

Where Do You Want to Go after You’ve Quit Drinking? (Transcript)

My name’s Kevin O’Hara for Alcohol Mastery and today, I want to ask, what is it you wanna get out of quitting drinking?

The Means to an End

This is really a question you have to ask yourself, because drinking is only a means to an end. It’s only the vehicle that you use in order to get yourself into the emotional state that you wanted to be in. Or to get away from worry, to hide yourself away from your debts or whatever it is that you’re using drinking for.

The drinking is only the means to the end, so once you’re stopping drinking you’re making your life better, but you’re not actually moving yourself forward in any way. What I mean by that is, just think about alcohol as the massive part that it played in your life before you quit.

For me, like I said, it’d be a day or two drinking at the weekends, plus I’d be drinking during the week. But those two days at the weekend would screw me up for the rest of the week.

And when I wasn’t drinking, I was sorta thinking about drinking or planning the next big session, or whatever. What would I be doing that evening, what was I gonna drink, that kind of thing.

So when you quit, there’s a massive void there that needs to be filled. If you don’t find something to do to fill that void, you’re gonna be in big trouble.

An idea that gives you a lot of passion.

For instance, say that you’re wanting to travel. Don’t say, well, my goal is to travel the world. It’s not specific enough. It might be the overall thing. If you’re gonna spend your whole life traveling the world then fair enough.

So you say to yourself something like, you wanna be in Sydney Harbor in December to watch the beginning of the Sydney to Hobart Race.

You could say you want to be in the Farrow Islands on March 20th, 2015, 9.46 am to watch the next complete solar eclipse.

Setting Yourself Up For Success!

Really it’s all about setting yourself up for success, asking yourself what do you want to achieve in your life?

Set yourself up for achievable goals.

At the end of the day, it’s getting you up and away from alcohol and thinking into a different mentality. Once you think in that mentality, you get stronger by the week.

The Great Journey Ahead

I’ve changed several times over the course of the year, even the end result I know sort of where I want to be…the end product…it’s in the future anyway, so.

So the thing is just to think about your journey as a journey. You have to have a destination in mind before you even start out. Even if you’re gonna change the destination as you’re going along. You need to have at least a vague idea of where you’re going.

If you’ve got any comments at all about the video leave one down below, or go to the website.

Until next time! My name’s Kevin OHara for Alcohol Mastery. 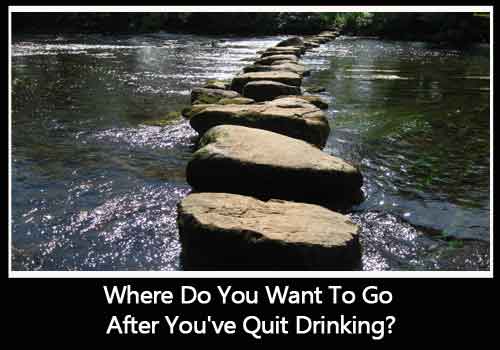 For an extra couple of tips, sign up for our weekly newsletter at the top of the sidebar. It’s free! Just fill in your email address and first name… It gives you a heads-up to new content on the site, and most importantly – it’s a weekly reminder of your commitment to quit drinking.

So, that’s Stop Drinking Alcohol Week 42.
Thanks for visiting the site.
Until next time…
Onwards and Upwards!
Kev

Will Quitting Alcohol Cure Your Depression?
Quitting Drinking And Going To Bars or Clubs?
Alcoholic Cardiomyopathy