What Counts as an Alcoholic Drink?

What Counts as an alcoholic Drink?

The obvious answer is anything with alcohol in it.

If you’re going to quit drinking alcohol you don’t really need to ask the question. You can’t quit drinking and at the same time drink shandies because it only has 1 or 2% alcohol. Don’t look for substitutes. You’ll drive yourself mad.

I’ve been offered alcohol free beers before but I don’t take them. It’s a psychological nightmare. I don’t want the taste anymore, and I don’t want to be reminded of it. It’s just reinforcing old habit. 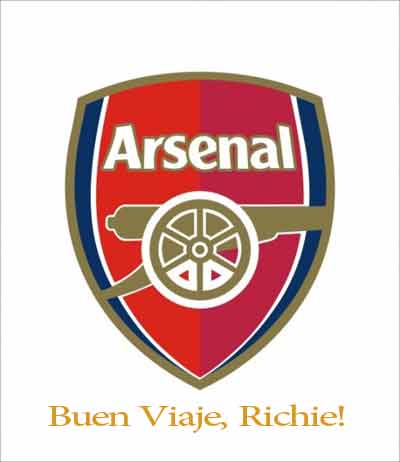 My mate Richie, who sadly died a couple of weeks ago, drank alcohol free beer during every Arsenal match. He was a heavy spirit drinker and was told by his doctor to quit or else. That was several years ago and he never touched a drop since. He was the first friend that I’ve toasted as a non-drinker. He’d have been very proud of me raising my pint of orange to him. Buen Viaje, Richie!

Alcohol-Free Beer? Having a laugh are we?

I was at a wedding in Greece about five years ago and off the booze. I was sick of drinking diet coke and got it into my head that an alcohol free beer would be nice. When I asked the barman for one he looked at me as if I had two heads. He didn’t know what it was and couldn’t understand why anyone would make beer without alcohol. I once heard someone comparing drinking alcohol free beer to getting a lapdance from a beautiful woman…. all simulation

If you’re looking for an excuse to drink then you really haven’t committed yourself to your journey.

If you’re not ready to quit yet and you want to moderate your drinking you should find out the units of alcohol in your preferred drink and work from that. It’s a fairly precise way to measure alcohol content without getting out your science kit!

I will admit that sometimes when I get a smell of alcohol I like it. But I know that my brain is tricking me. It’s the old habit trying to come back to the surface. I remember how I first felt about drinking before I “got the taste”… it was disgusting, the smell, the taste, even the look of it. And that was just beer. When I first tasted whiskey, I thought I had been poisoned. I remember thinking how can anyone enjoy drinking this stuff… It burned my mouth and throat, it even burned my nose. I wanted to throw up and I thought to myself I am never going to drink this stuff. And despite numerous attempts to drink it over the years, I never got the liking for it. Brandy I could just about tolerate, but whiskey – not a hope in hell.

Until next time…
Onwards and Upwards…

How Long Does the Tiredness Last after Quitting Alcohol?
Did You Lose Weight When You Stopped Drinking?
Alcohol Addiction: My Alcohol Story