What Are Your Alcohol Use Triggers?

What Are Your Alcohol Use Triggers? Transcript

Today I want to ask, what are your triggers?

We spoke last week about triggers in general and what triggers are. Well, it’s time to delve into your own triggers, to find out what exactly is triggering your alcohol use.

Now, everybody’s triggers are going to be different. You can categorize triggers in different areas – people, places, things, your environment, can be a big trigger, but like I said, it all depends on your perception.

So the first thing you need to do, is to think about and, better yet write down, what your triggers are. Write down the general ones first. Don’t worry too much about trying to get them all down or thinking that there’s going to be triggers that I’ll leave out… don’t worry about that. Just make a general list of the category or areas where your think you’re being triggered.

There’s different reasons for writing down your triggers and one of the main reasons is because, it activates your mind. It just gets you to think about things that are normally happening automatically, they have to normally happening underneath your awareness and by writing them down you’re focusing your mind on exactly what’s going on.

The reason why I want you write down your triggers is because the actual process of writing them down triggers you to think about other areas that are being triggered. It’s like it sets off a little sequence in your mind as well. Once you have written down your triggers and you know what’s triggering what and what the sequence is, you can start to understand them a little bit better and you can start to get a grip and start to deal with them.

One of my triggers, as an example, was after I finish work in the evening and generally what would happen is I’d start to think about drinking. I start to think about alcohol and having a pint around lunchtime. We’d go out to the van, we’ll be sat in the van having sandwiches and a cup of tea and my brain will sort of, my mind would wander to the pub. I wouldn’t drink [any water] from then on. I’d take very little water and that was to heighten up the intensity of that first pint when I get into the pub.

When you do this often and often that becomes a habit in and of itself. So what was happening was, by the time I finished work in the evening, by the time the days work was done and I got into the van and everything is packed away, I couldn’t wait to get into the pub and most of that is because I was completely dehydrated.

So once I understood that the trigger for that part of drinking was being thirsty, it was very simple to work my way backwards and start to think,

“Well, what am I doing in this day? When am I first starting to think about drinking?”

And work my way back into that lunchtime when I first start to think about going into the pub and then not drinking [any water].

So the way I overcome that was to make sure that every time I filled up the chainsaw that I was taking a drink, that I wasn’t allowing myself to get dehydrated. The chainsaw runs out probably every 20-30 minutes and I was taking a cup of water, so by the time the end of the shift came and I was finishing work, I wouldn’t be dehydrated anymore. I wouldn’t have that thirst and then get into the van, take a good long sip of water then and Bob’s your uncle!

That’s one trigger dealt with.

Those are the five main areas to focus your search on.

I hope that helps and if you have any questions, give us a shout. Sign up for the website, sign up for the newsletter, tongue twisters. And until next time, I’m Kevin O’Hara for Alcohol Mastery. Onwards and upwards. 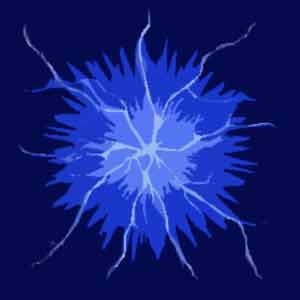