Valerian Tea To Help Sleep After You Quit Drinking Alcohol

Valerian Tea To Help Sleep After You Quit Drinking Alcohol

I know one of the biggest problems I hear about when people try to stop drinking is getting to sleep without the comatose state that alcohol puts you in.

Not being able to get to sleep was one of my biggest problems, no matter how long I lay there, I just couldn’t drop off. I did sleep some, I can’t say that I ever had a completely sleepless night, but it can be very frustrating to lay there hour after hour with only the nagging doubts in your mind about your decision to quit, keeping you company.

Valerian Tea For Me

One of the things I’ve used, and still use, to help me to sleep was Valerian tea. I didn’t even think about mentioning this before because it’s become such an integral part of my night time routine which I’ll make a video about soon.

Valerian been used as a medicinal plant going back as far as the ancient Greeks and Romans. The Greek physician Galen, was said to have used it as a cure for insomnia.

Valerian is a flowering plant, that comes from Europe and parts of Asia, with white or pink flowers. It’s the root of the plant that is used in the tea. The fresh root doesn’t have any smell but the dried root has a particular pungency, which I don’t mind.

You can buy the tea in all sorts of places. I used to have to go to the health food store when I was living in Ireland. Here in Spain, I can get it in the local supermarket.

You make it like any other herbal tea. Put your teabag in a cup, fill the cup with some boiling water and leave to stand for a few minutes. Enjoy! I normally have two cups per night.

So, if you’ve stopped using alcohol, and you’re finding difficulty sleeping at night, give Valerian tea a try… At least it will help you to relax! 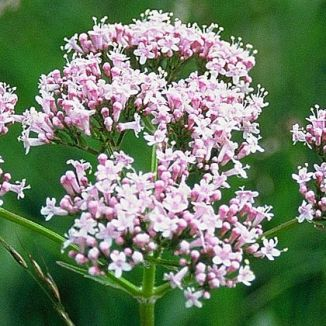 Is Alcohol Affecting Your Relationships?
To Never Drink Again
Alcohol and Infectious Disease