Today I’m going to be talking a little bit about never drinking again.

I spoke a little bit about this during the Stop Drinking Alcohol Week 48.

Getting Ready To Quit

Basically, your getting ready to quit, you know the health reasons why your quitting, you know all the reasons that you want to stop, and you know what you want to do with your life after you’ve quit and what’s holding you back. But you’ve got this really terrifying thing about never having another alcoholic drink ever again in your life, and it can be pretty bad.

It can be pretty terrifying. But, the fact is that we do this all the time. We stop doing things in our lives that we’re never going to do again. Most of the time, we don’t even notice it.

I used to jump off walls, when I was a young lad. I loved it, you now. And the higher the walls, the more scary it would feel, the more I would love it! I used to eat meat, and now I’m a vegetarian so I don’t eat meat anymore. I used to take regular drives down into the Kerry Mountains, when I was living in Ireland, and I can’t do that anymore. It’s just one of those things.

So, where does the fear come from? What is the fear? It’s a really irrational fear, when you think about it. It wasn’t there before we started drinking. When we were kids, we didn’t get up every morning thinking, the idea of never having a drink again is terrifying. Even when you started drinking at the beginning, it wasn’t there. It’s something that has crept up over the years. It seems to have gotten stronger, and stronger, the older you get, the longer you drink alcohol.

The Right Time To Quit

I think, at the end of the day, that most of us are not ready to quit. There’s never a right time to quit. The problem is with this question, that not having another drink again is just very difficult to contemplate. You’ve got no previous history with it.

With me, for instance, I started drinking when I was very young. I was in my early teens. For me, I couldn’t remember what it was like not to drink alcohol, or to spend my time without having a drink of alcohol. It was really weird!

Alcohol actually plays such a massive part in your life, it becomes so embedded in everything that you do. It’s just as difficult to imagine and to contemplate what life is going to be like without having a drink. Life without going to all those parties and just socializing in general, and using alcohol as a crutch.

It’s just as difficult to imagine that from the perspective after you’ve been drinking for a long time, than it would have been for you to imagine what your situation now is like, before you even started drinking.

To imagine what it’s like to drink every day. What it’s like to need alcohol to that extent, to the extent that you need it now. Could you have seriously sat down, before you touched a drop of drink, and imagined that? It’s exactly the same.

Jumping into the Unknown

I’ve been drinking for over 30 years, and for 15 of those years I was really heavily drinking. It was almost impossible for me to imagine what it was going to be like not to have a drink.

I understood, I couldn’t keep doing this to myself. I understood that I didn’t want to carry on with my body in this poisoned state. I understood that alcohol was stopping me from achieving so much in my life. But, I just didn’t know what the ‘not drinking’ life was going to be like, or what it could be like.

So, I was really, really nervous when I first started out. Not nervous of not having a drink again, I was quite happy about that, and quite assured that it wasn’t going to be such a bad thing, but I was nervous of the unknown. I just didn’t know what was going to happen.

After a week, or two weeks, your body starts to adjust itself, and your brain starts to adjust itself. After a month, you have sort of got a bit of a reference point from the before and after. You are close enough to when you were drinking, so that you remember what it was like, and you’ve got a month under your belt, so to speak.

So you have this reference point now to what it is like not to drink and how you are feeling. You are definitely not going to be up to full strength after only a month, but you will notice some big improvements in your life.

We’re emotionally set up, we’re wired, to mourn the loss of something, much more than we are to celebrate the gain of something. You can see why that has happened over the years, because when we were living in caves, if you were always out, trying to gain something, you would be putting yourself in a lot of danger.

It made more sense, with survival of the fittest, that the people that survived the longest were the one’s who weren’t eaten, who could hold themselves up in the caves, when danger was there and wait it out. The guy that wanted to be the macho hero and went out to fight the tiger didn’t last so long, he couldn’t breed [or do much else if he was dead, but his genes didn’t survive, that’s the end of his line. So, caution – in a genetic sense – equals long term survival.]

But in this context, not drinking forever and ever is a massive emotional loss that you have to deal with. But you’ve also lost all the time that you have spent in drinking. You have lost all of the money you have spent in drinking. You’ve made a loss when all those decisions you have made to go down to the pub, and you’ve had to justify those decisions to yourself, over and over again. That causes a massive rift inside your mind.

It Is Not About Deserving

We all like to think that we are smart people. We don’t like to think that we make dumb decisions. So when you are making these decisions to go down to the pub, you really know you shouldn’t be drinking 10 pints in a night, and you shouldn’t be drinking on weeknights, but you justify them by saying ‘I worked hard today, so I deserve it’, ‘it helps me to relax’ or ‘it helps me to be a better person’. You make all of these reasons inside your head in order to justify the decision to drink.

Once you stop, you still have all of those justifications in your mind. They don’t just disappear overnight. You have to reevaluate those things. You have to go over them again and rejustify yourself. Why you are no longer drinking and why is it that, all of a sudden, alcohol doesn’t relax you.

It is not something about deserving. We have accumulated a lot of this emotional investment, over the years, and it’s just something that we have to get over. You have to understand that there is no benefit from drinking. You have to convince yourself of that. You have to get away from all that brainwashing and, essentially, brainwash yourself in the opposite direction.

It all boils down to the same thing. But no matter how much you have convinced yourself that you are no longer going to drink, how illogical it is for you to drink, to put poison into your body, to ruin your life and to let your life pass you by in a flicker of time, you still are going to have those impulses inside your brain that are trying to push you in a certain direction.

Your new behavior is still going through the old mindset. You gradually adjust the mindset. You are going to adjust it. It is your brain’s way of dealing with life – it cannot not adjust it, if you know what I mean. It has got to do it, for your survival, otherwise you just go mad.

The trick is to have the courage, the self control, to keep pushing forward, regardless.

It’s a great life, without alcohol, it just takes a bit of time to get there. I am still not sure how long this process goes on for, the impulses and stuff, but it does disappear.

Until next time,
I’m Kevin O’Hara for alcohol mastery.
Onwards and upwards! 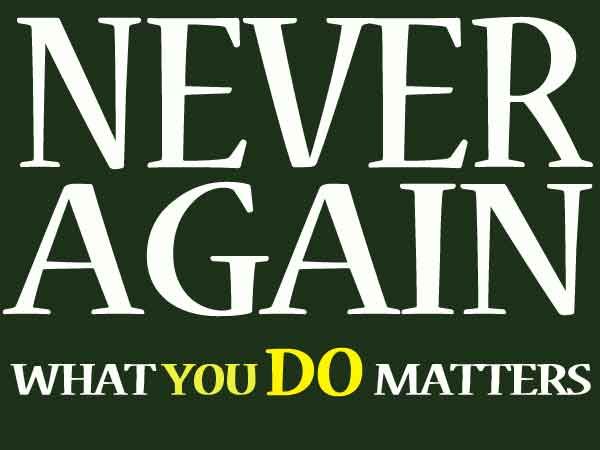