Quit Drinking Alcohol – There Will Be Good, Bad and Great Days | SDA9

This is Alcohol Mastery, my name’s Kevin O’Hara and welcome to the Thursday Tally 9.
First of all, if you want to subscribe to the channel, get all the updates and get the new videos on your feed, just click the button over here!

On the website this week, I’ve done nothing.
I’ve been ill all week; I’ve been lying down in front of the TV watching different programs, feeling sorry for myself with lemsips and loads of tissues and all that kind of stuff.
Thank god it’s nearly over with.

So that’s obviously one of the downs of the week, feeling like shit. 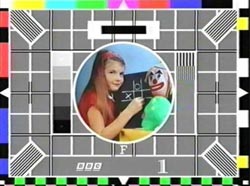 But I lost 6 pounds so things kind of balance out.
Another up was being off the alcohol for another week, so 9 weeks.
I don’t know why I keep saying this because I’ve no intentions of ever going back on to the drink again.
It sort of pisses me off when people still call themselves alcoholics when they’ve given up and they’ve no intentions [of going back on it again.]
I’m not trying to put the AA down or anything, or people that go to the AA, but to go there every week and say I’m an alcoholic.
I’m not an alcoholic, I don’t drink any more.
It’s like me not smoking anymore and saying I’m a smoker.
I’m not a smoker, I’m an ex-smoker, I’m and ex-alcoholic or whatever you wanna call it, I don’t drink anymore, so that’s the way I choose to look at it.
Maybe that’s not for everyone, but just to get that piece out there.
You know, I think it’s a head-fuck to start calling yourself something that you’re not.
It keeps you there, it sort of keeps you on the edge, you know you’re one drink away from going back on it again.
No!

My tip of the week this week is that you’re gonna have good days and bad days.
So, don’t sweat it, don’t worry.
I have far more good days now than I ever did when I was drinking that’s for sure.
The days when I had hangovers, the hangovers were getting longer, they were certainly bad days.
I had a few bad days during the week because I was ill.
I sat down and watched a few television programs, drank lemsips.
Before I’d have got a bottle of scotch, lemons, honey, and just made an excuse to be pissed.
And it would have dragged on the illness more than the couple of days that I was ill.
Now I just go out for a walk.
If I’m feeling really shitty, I go out for a walk.
I go down to the beach, or there’s a local forest… I walk through the forest, whatever, it’s just to move.
A smile is a great thing when you’re having a bad day.
For me its to watch a funny movie, watch a bit of Eddie Murphy, one of the old Eddie Murphy films, or whatever.
Whatever kicks your bucket or floats your boat.
The Three Stooges, I can’t help not but laugh when I stick on a DVD of the old Three Stooges.
It’s whatever works for yourself.
That’s just life! There’s no need to go back on the drink!

So, that’s the Thursday Tally 9.
Thanks for coming. Click on the link down below and go to the website.
I put the subscribe button in again so you can subscribe to the channel.
Hopefully next week I’ll have a bit more about me and I’ll put up another few videos.

My name’s Kevin O’Hara, this is alcoholmastery.com,
Onwards and Upwards!