How long does alcohol withdrawal last?

My name is Kevin O’Hara for Alcohol Mastery and today I’m gonna be asking the question, how long does alcohol withdrawal last?

The Rest Of My Life…REALLY?

I quit alcohol at the beginning of this year, and I guess I had some problems in the beginning – sleeplessness mostly, that kind of thing. Not too many. And I will never go back onto it.

If somebody put an alcoholic drink in front me, it would be like – well, I don’t drink – it’s the same if somebody put a bit of meat down in front of me, I don’t eat meat. But people don’t do that.

Quitting is the Problem!

20 Years and Still an Alcoholic…

I was having a conversation with a woman one day and she told me that basically she wouldn’t have been able to quit if it weren’t for AA. They helped her through all the battles and they were still helping her, and she was free of alcohol because she was going to their meetings.
I asked her how long she’d been going for,
and she said 20 years.

That’s just not the way I wanna do things.
So I guess that answers the question. Alcohol symptoms will last just about as long as you let them.
I’d love to hear your questions, leave them down below, or go off to the website.
Until next time….
My name is Kevin OHara for Alcohol Mastery.
Onwards and upwards! 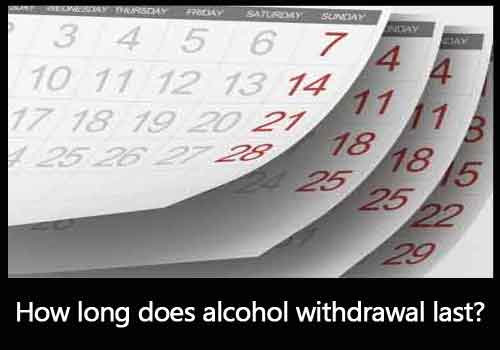