Is Quitting Alcohol Difficult? What Can You Do To Help Yourself? SDA32

How Do I Quit Drinking When It’s So Difficult?

The problem with using alcohol as a social tool is that it’s a crutch you’ll find harder and harder to let go of. Just because everyone around you drinks, doesn’t make it any less wrong for you.

I’ve seen so many people who have problems with alcohol think they can handle the booze if they give it a try, me included. It never works. You’re always fighting a losing battle.

Most problem drinkers are drinking for a reason, for a magic power if you will. The reason they’re drinking, their magic power, might be to feel less insecure.

I drank a lot because I wanted my magic ‘forget everything’ powers to kick in, or my magic ‘make everyone laugh’ powers, and my ‘being part of the group’ powers. There’s always something. If it was just the booze, there’d be no problems. But it’s not just the booze. The booze is just the tool we happen to be using in an attempt to find that something else we’re so desperately searching for. That’s something that is very personal to you, something only you know about. You have to find out what that is and look for a healthy way of getting it…

Insecurity and lack of confidence mature-out as you age. As you mature, you become more independent and you find your place in the world. Unfortunately, for many young men and women, that place is haunted by bad choices and bad advice from the past…

I wish you a great journey….

I tried to cut down several times, it never worked. I’m the type of person who doesn’t do anything in moderation. I am either all or nothing. As soon as I managed a couple of sessions where I didn’t drink my normal amounts I’d congratulate myself on how strong I was. That would lead me to believe I could control it long term. I never did. I’d add one or two extra pints at the weekend thinking I deserved it.

Rewarding ourselves with the thing we’re trying to control is a bad idea.

When I quit this time, I knew it was forever. My son came over to see me at Christmas, we went out for a few beers and had a few too many. There was the normalcy of my social life, even with my son I would choose to sit in a pub until pissed. My son and I are so alike, never a bad word between us when there’s no drink involved, but once the alcohol hits the brain it’s like Jekyll and Hyde. So we started arguing. I said some stupid drunken shit and then couldn’t stop thinking about it for days afterwards. After that I just decided that what I was doing was pathetic and I wasn’t going to do it anymore. End of story!

So, You Think Quitting Drinking is Difficult?

In this week’s video, I talk about the ‘difficulty’ of quitting drinking.

How difficult is quitting alcohol… really?

Most of the difficulty is in the mind. Quitting drinking means pushing ourselves outside of our comfort zones and putting up with the side effects of not poisoning our bodies any more.

Quitting means convincing your brain that you’re doing the right thing and that you CAN quit, that you’re strong enough to overcome the cravings and symptoms. 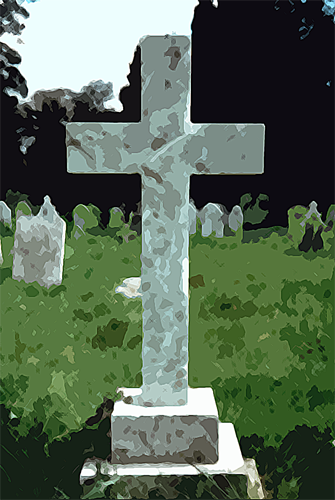 You simply stop putting the alcohol into your mouth!

For the brave, nothing is too difficult!

So, that’s Stop Drinking Alcohol Week 32.
Thanks for visiting the site.
Until next time…
Onwards and Upwards!
Kev