Is it Easier To Quit Smoking or Quit Drinking?

Alcohol and Smoking in Today’s World

I’m going to tackle another question today, one that I’ve heard quite a few times going through the different forums and surfing the web. Being an ex-smoker and ex-drinker, I can make some comparisons, but they’re only based on my experiences.

Nicotine and Alcohol are two substances that are not only consumed differently, but society has developed one view about smoking and another about drinking…

The pollution from smoking is very visible. You can see the smoke wafting from a lit cigarette end, and when someone blows the smoke out of their lungs and into the air surrounding them…and other people. It smells bad, it makes the clothes of everyone that it comes into contact with stink, and worst of all…it creates a fog in the air that other people will breathe, second hand smoke…

Alcohol, on the other hand, does not produce any visible pollution. You drink your drink, get drunk, and unless you spill your drink on someone else, you are not causing them to stink of drink, nor are you making them consume a bi-product through second hand means…

Whether you cause other types of problems to society when you’re pissed is another story!

So, on the face of things, it’s more acceptable in our western society to drink rather than smoke…only over the last few years though.

How it Was in the Not-Too-Distant Past!

Back in the day, when our grandparents were young, smoking was looked on as very acceptable. While not everyone smoked, if you did, you could smoke wherever you wanted, in bars, restaurants, banks, on the bus or train, in the checkout queue at your local supermarket.

[Until the recent smoking ban, enforced on January 1st, 2011, you would still see the Spanish smoking in all of the above!]

Take a look at some of the adverts from way back then. Some even told you that your doctor recommended this or that brand of cigarette. 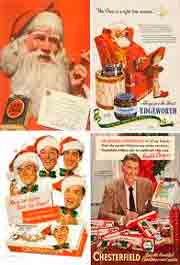 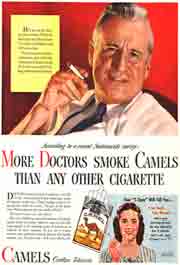 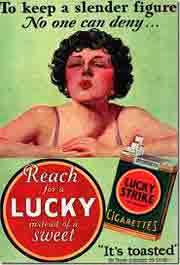 Are You The Odd-One-Out

If you still smoke in today’s society, you will be almost ostracised from the group. You must go outside, in all weathers, to indulge your habit, and pass the judgers on the wait out…frowning at your filthy habit.

If you have an alcohol problem, on the other hand, it’s very easy to hide, even from those who are the closest to you. Many people with a drink problem manage to control their habit during the day, only to drink themselves into a stupor, or thereabouts, once they are alone after work, or with their drinking buddies. It’s not too difficult to hide the smells on your breath… it doesn’t get on your clothes unless you’ve inadvertently spilled it on yourself…so unless you have a major problem that’s overflowing into the rest of your life, no-one will be the wiser. People may suspect, but that’s not the same as knowing and it’s not that easy to prove…

Which is More Addictive…Nicotine or Alcohol?

This is where things get a bit more confusing and personal.

Here’s a quote from the New York Times Magazine from March 29th, 1987:

“Scientists have found, for instance, that nicotine is as addictive as heroin, cocaine or amphetamines, and for most people more addictive than alcohol.”

I’m sure there’s plenty of other material out there that will tell you one thing or another, but I think you’ll find that once you take the decision to quit either of these substances, your experience will be a very personal one.

For instance, if you’ve been drinking for twenty years and only smoking for 6 months, you’re probably going to find it much easier to quit smoking than drinking.

If you are surrounded by people who smoke and you’re trying to quit, it will be far more a chore because you’re constantly being reminded of what “you’re missing” by watching people lighting up, by the smells, and you’ll be inhaling some passive smoke, so you’re still getting the taste and a little fix…much more difficult to cope with!

Or consider the case of a travelling salesman who is on the road all the time. He probably stays in hotels or guest houses most nights, eats out either in the hotel restaurant or at some local diner. If he is goes to a bar looking for some company, a few drinks and conversation, he might find it very difficult to cut out the booze. I know, I’ve been there!

I’ve drank and smoked since my early teens. I’ve only stopped drinking a couple of times, once for 11 months and a couple of 2 or 3 month stints. In each of my previous alcohol free periods, I wanted to stay off alcohol for a certain time period of time in order to lose weight or to get the alcohol quantities back under control. This time I know it’s for good. I’ll never touch a drop again. And it’s been easy. I’m no longer in the same environment I was in a couple of years ago; I have a totally new life now which doesn’t centre around going to the pub, and I work from home now instead of travelling around the country as I did in my previous life as a forester.

My experience with the smokes couldn’t be more different. Since my early twenties I’ve tried and tried and tried to give them up. I’d say I’ve over 100 unsuccessful attempts under my belt. Each time was like torture. I eventually succeeded three years ago and I craved a cigarette for months afterwards. I still have the occasional craving even today, especially when I’m with someone who’s smoking. We tend to eat outdoors a lot, so when we have a visitor who smokes, there’s no problem in them lighting up.

When I drank and smoked, I could puff on a ciggie without a drink… no problemo, but I always found it tortuous to have a drink without a smoke. In Ireland, almost all bars would have some sort of “smoking room”, in most cases it would be a glorified alley with half a roof, something to do with the ‘anti-smoking-police-regulations’. You would find all the hard smokers out there with their drinks for most of the night, hoping the weather would start to get warm soon.

When all is said and done, they’re both addictions that require you to have strength of mind to combat. It’s all going to depend on your resolve and the strong conviction that what you’re doing is the right thing for you.

It’s a very individual process, how you go through it will be unique to you.

Stay positive and give yourself the best chance by removing all temptations.

Change your environment, you’ll be making it a lot harder if you still go to the pub or go out for a ‘breath of fresh air’ with the smokers when they are having their smoke break…look at yourself as a non-smoker or a non-drinker…

I hope you got something out of this video and article. Leave a comment below, go to YouTube and subscribe to our channel, or use the voicemail service on the right hand side. Until the next time…!