Is Drinking Affecting Your Reputation?

This is the fourth question of the Johns Hopkins 20 questions: “Are you an alcoholic?” …the question asks: Is drinking affecting your reputation?

Alcohol can ruin your reputation in the blink of an eye and you might not really care! 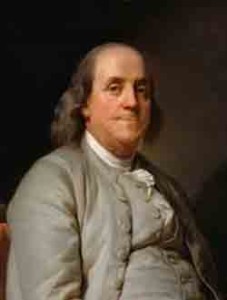 “It takes many good deeds to build a good reputation, and only one bad one to lose it.”
Benjamin Franklin

A Man for All Seasons!

If you’re a husband and father and you damage your reputation, you bring the rest of the family down with you.

Imagine your reputation being damaged at work because of your drinking. You go into work one morning and the boss tells you that there’s no longer a job for you, you’re not needed anymore.
It’s a while before you can find another job and in the meantime you’ve fallen way behind on your mortgage payments, despite several demanding phone calls and letters.
Can you see your wife and children crying on the street outside your home because the bank has foreclosed on you?

Your reputation has travelled as far as your son’s school. He arrives to school early to try and avoid the bigger boys who have started to call him names. He turns a corner and his stomach drops, he gets a punch in the face from Hank, one of the school bullies, who’s twice your son’s size. It’s followed by more punches as they shout and taunt about his drunken deadbeat father…

“No soul is desolate as long as there is a human being for whom it can feel trust and reverence.“
George Eliot

Is Drinking Affecting Your Reputation at Home?

Your reputation isn’t just something that gives you kudos in your neighborhood or at your workplace. It’s also something you have in your home, the respect from your family. You don’t need to earn this type of respect, your children give it to you unconditionally; they want to follow your example, you’re their father. Seeing you drunk all the time doesn’t radiate integrity or confidence. They see normalcy in their friends’ houses and wonder why their home is different.

The Difference Between Reputation and Character

Your reputation and your character are two different things, reputation is the opinion of others, and character is the person that you really are. If you’re character were to meet your reputation walking down the street, they probably wouldn’t recognize each other.

Your reputation is what other’s think of you and for the most part it shouldn’t mean a damn thing, it’s their opinion, and it will change depending on how much the individual likes you. If they like you they’re only going to have good things to say about you. If they can’t stand you, they’re looking for any excuse to put you down… If they don’t know why they’re pointing the finger, they’ll just make it up anyway…

A Whiff of Disaster!

And once you have a reputation for being an alcoholic, whether it’s true or not, it’s a label that will stick to you.

On Having a Bad Reputation

I know what it feels like to have to find another place to live because I couldn’t pay the bills. I’ve had the electricity turned off in my home and had to explain it to my son like it was an adventure, and we were living like pirates in the old days…

I lived in the West of Ireland for almost 20 years. That’s a place where there’ll be a village of 500 people, a post office, a local shop, a church, and five pubs. So you only get a bad reputation there if you don’t drink. Life revolves around the pub…

Now, I live in Spain. Here, people gather together for food, with drink being something that they have with a meal, not the reason for the meal. The Irish and English have bad reputations over here because, for the most part, they’re the only ones you see on the street pissed. It’s only a minority, but it’s enough to tarnish everyone.

If you have a problem with drink it will never go away. Some of us are just wired that way, there’s nothing that we can do. It doesn’t help if you come from a place where drinking is the thing. But it is up to you, no one else forces you to drink; only you put it in your mouth and swallow!

This article is part of a series posts on the Johns Hopkins 20 questions which was designed for you to self-test and discover if you might have an alcohol problem. If you answer yes to this question and yes to some of the others in the test, you need to take a look at your drinking habits. You can find the master article here:

Have You lost time from work because of your drinking?
Is Drinking Making Your Home Life Unhappy?
Do You Drink Because You Are Shy of Other People?