If Alcohol Advertising Doesn’t Belong During Cartoons, Why Is It OK During Live Sports?

If Alcohol Advertising Doesn’t Belong During Cartoons, Then Why Is It OK During Live Sports? (Transcript)

And today I want to deal with a topic, If alcohol advertising doesn’t belong during cartoons then why is it ok during live sports?

The Australians seem to have a similar problem, with heavy drinking and drinking seems to be part of life in so many different ways, so I’ll put the link, I’m going to do the video, I’ll show you the video in a second and I’ll also put the link to the original video down below.
Before we go on just take a look at the video.

What are you thinking about Sparkles?
Pancakes
Let’s make magic pancakes using “Liquid gold” Sparkles, what else goes into magic pancakes? “A big satisfying”
Pancakes
Would you like them, “triple distilled” or do you want, “to win a Ford car weekend” if only all our friends were, “stored in ancient oak barrels” Sparkles, we’re best friends because I “glide down your throat smoothly”
[Ding dong] Yeah
The best pancakes are with, “beer”
Pancakes, “beer” pancakes, “beer” pancakes, “beer”
Pancakes
If it doesn’t belong here why does it belong here in live sport, every weekend around half of all alcohol ads are shown before 8:30pm when kids are watching.

Now I know it’s the parent’s responsibility to try curtail the programming that the children are watching, it’s getting increasingly more difficult to do that, especially when the advertisements are coming on like that. In Ireland a lot of the major sporting events, the Gaelic Association Hurling and Football were sponsored by drinks manufacturers, so you couldn’t get away from it and the only way to stop your kids from seeing these advertisements, was to stop them watching sporting events altogether.

Kids are very open to suggestion and it’s very easy to link something, the kid has got a particular sports idol, someone that they dote over. I’ve seen kids and all they want for Christmas is a soccer shirt with their favourite player on the back.
Everything that they live around is about this certain player or a certain team and the alcohol pushers otherwise known as the drinks manufacturers know all about this.

They understand the connection and it’s also a well-known fact, it was an old thing in the cigarette manufacturers if you get them early you have them for life and it’s the same thing with drinking.

If you can encourage youngsters to drink from an early age you’re more than likely going to have them for a long time, either for life or until they’ve got a problem where they have to quit.

The whole methodology behind the alcohol pushers marketing efforts is that if they can pair the winning team or the fantastic player with their product it’s a winning combination, they are going to sell a lot of product.

That’s why the sports kit manufacturers are all associated with the best footballers, shoe companies Adidas and all that kind of stuff. That’s fair enough, I’ve nothing against that it goes with the territory and some kids like sports better than they do cartoons and the older they get, the more they’re getting away from the juvenile stuff and their taste in TV programming tends to go more to what the adults are watching.

The adults can restrict of course that the kids are not seeing some of the more adult entertainments but sports is a big thing, they go with their parents to the stadiums, they watch it on the TV.

So what I think is that there should be no advertising in sports, it doesn’t have a place there to actually link a poison with elite athletes is wrong in any sense of the word and sports organizations shouldn’t there’s plenty of other people out there that are willing to advertise maybe not give them the megabucks that the drinks manufacturers will give them but in all seriousness you’re bringing your own sport into disrepute by linking them to anything like that it’s a drug.

Trying to keep drugs out of sport, anyway until next time 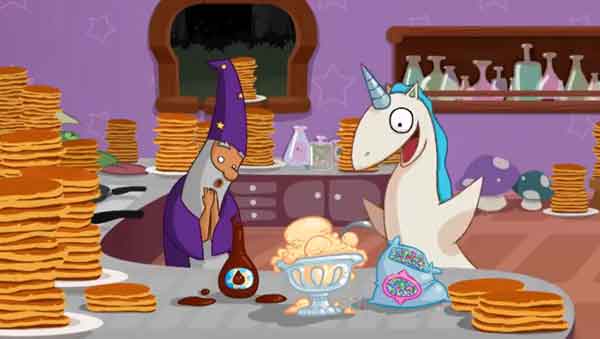