Has Your Efficiency Decreased Since Drinking?

How can you get things done in your life when you can’t set yourself goals or if every goal you set stands a very good chance of falling at the first hurdle?

That was my life!

The best laid plans of mice and men… are ruined by one sip of alcohol.

Alcohol affects all parts of life.

A Blanket Over My Brain

I’ll begin by saying that my efficiency levels have increased in the last couple of months; conservatively they’re 5 times what they were…

What’s happened in the last couple of months…I’ve not taken a drink, no alcohol has passed these lips.

For a start I was drinking every day!

I wasn’t getting pissed every day, maybe two or three glasses of wine in the evening, or a few cans of beer…

But three or four times a week I’d go at it a lot harder!

Most days I would wake up in the morning and not really feeling that refreshed from the previous nights “sleep”.

My head would feel like there was a blanket covering my brain, making it hard to navigate around in there. My concentration levels would be down, my ability to focus would be completely shot, and it was much easier to watch re-runs of Dexter that to get on with anything constructive.

When I worked in forestry, I’d often feel far too shaky in my mind to risk picking up a saw, rudimentary concentration is essential when operating a sharpened chain that revolves at 2500 RPM. 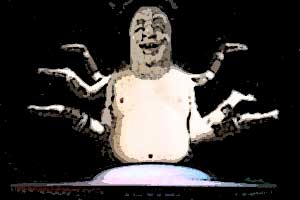 Most mornings, a couple of coffees would kick me off, a two second burst of mental-carb cleaner to get my over-lubricated brain spluttering into life.

After that, a stodgy Irish breakfast and the drive to the site would liven me up enough to get a start.

By the time I’d got all my stuff ready, my saw out… my safety gear on… etc., I’d be just about there, focused enough to make at least a little money.

But I’d be running as efficiently as an engine with a misfiring cylinder, lucky to get half the amount of work done.

I only saw the bare truth about how bad I was really doing once I gave up drinking for a few months. I started making double the money on my worst days without alcohol messing with my body than I would on my best day on the stuff.

I’ve got more work done in the last two months that I got done all last year….since I quit for good!

This was the eleventh post in the series of articles on the Johns Hopkins 20 questions which was designed for you to self-test and discover if you might have an alcohol problem. If you answer yes to this question and yes to some of the others in the test, you need to take a look at your drinking habits. Take a look at the first post on the 20 Johns Hopkins questions.

Has Your Efficiency Decreased Since Drinking Transcript

Has Your Ambition Decreased Since Drinking?
Do You Want a Drink the Next Morning?
Do You Crave a Drink at a Definite Time Daily?