Everything is Connected to Everything Else (Transcript)

When you’ve got a headache for instance and you take a pill, the pill goes into your body and dissolves in your stomach and it might cure your headache. But you can be sure that the ingredients in the headache pill are not just affecting the headache; they’re doing other things in your body that you just don’t know about. It’s exactly the same with alcohol. We look at the drunken part of alcohol, but when you swallow it, it goes into your system, it goes through the liver and into your bloodstream, goes up into your brain…it’s actually going into every single part of your body.

It goes down as far as your feet and your toes. It comes out through your muscles and out through your skin and your pores. It soaks you in alcohol, literally. And also when it gets into your bloodstreams, it starts affecting the natural chemical balance in your blood stream. It starts affecting what your blood is basically there to do, it’s to carry oxygen around your system and nutrition around your system. Some of the blood cells that are in your body are there to fight for your survival.

When all those are mixed with the toxin that is alcohol or ethanol, do you know what’s happening? What goes on, what affect does it have on all other processes that are in your blood?

It’s so true. Sometimes we don’t think about it but alcohol actually affects your past as well because it’s all those memories stored away in your brain that are affected. I’ve lost so many memories. You do, you lose so much of your past because of your drinking. Not only when you’ve been drinking but in other days when you were just too fuddled to do anything. I remember great times when I just couldn’t take part in things because I had a hangover. All those memories are very precious and really very sad. But, there’s nothing you can do but just move forwards. Onwards and upwards.

It affects your future health. The more you drink, the more damage it’s doing inside to your body and to your mind and to everything else around you. The future becomes just as indistinguishable as the present. It’s the same shit every day, except it gets worse because you need to spend more and more time drinking. But it’s basically the same thing, you get up, do your business and drink. Fall into a drink-induced sleep at the end of the night, sleep[drink]-induced coma at the end of the night. Wake up with a hangover and start and do it all over again. That’s a nightmare.

I used to have a dream years ago that I was trapped in a forest and had to cut down all the trees in this forest before I was finished but it was a never-ending forest. It’s funny, I become a forester in my job maybe it was kismet. But it’s the same sort of thing, it’s just a nightmare. A life of repeating this horrible day over and over again.

Minus Alcohol – Everything Gets Better!

But the beauty is, once you take alcohol out of the equation, everything starts to change for the better. Everything starts to improve. Alcohol is the one thing that’s causing it, so your body starts to improve, your health starts to get better, pains in your kidneys and your liver start to disappear. The weight that you’ve put on because you’ve been drinking too much starts to drop off. You start to regain a lot of your confidence, your dignity, you start to think clearer, and you begin to plan again.

How Did You Used To Cope?

And because alcohol is not a part of your existence it’s an easy thing to do. It’s so easy to go “I’m going to do this tomorrow.” We were talking about this with a friend of ours since we’ve moved to Spain it’s very easy to plan for a barbeque now because you know that every day that you get up, sun’s going to be shining. It’s an odd day here when the sun doesn’t shine so when you plan something like that or you plan any outdoor activity you know it’s going to happen.

The History Of Alcohol

It’s exactly the same way that I feel once I’ve quit drinking because you know that you’re not going to be hung-over. I know that alcohol is not a part of any decision-making process that I make now. If somebody else wants to drink when they’re around me, that’s their own lookout. For me, it’s past. It’s gone.

You Re-Taking The Life Reins

The best thing is that the future is back in your control. So you really do start to see that everything is connected to everything else. When you do stop the drinking, all the other connected parts will start coming back in. People look at you with amazement. My relationships with the people around me have just improved so, so much.

I hope you got something out of that video. Until next time… 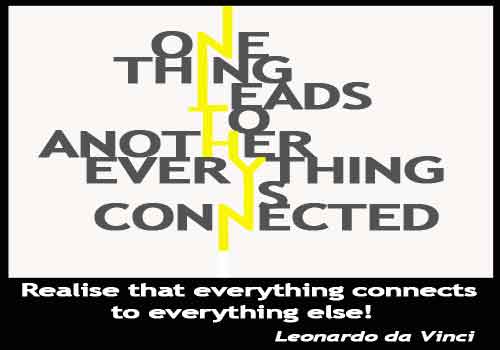