Drinking Alcohol Is Part Of My Culture

Drinking Alcohol Is Part Of My Culture

I drink alcohol because it’s a part of my culture was one of my favourite excuses. I’m half Irish, half English, and both societies have big drinking cultures attached to them. So, it was alway very easy to excuse myself and my actions by saying that this is just what we did or what we do, it’s how we enjoy ourselves.

One Pub For Every One Hundred People

This excuse is an easy one to fall into. I lived in a village in the West of Ireland where there were 2,000 people and 22 pubs! That figure is on the high side, but it’s something that is repeated throughout Ireland and the UK. The village bar is seen as the hub of many small communities. Look at the English soap operas, the pub is the focal point where everyone congregates.

Cultural Drinking is a Fact

The fact is that if you were born in a western country, alcohol is part of the culture. The messages that each culture teaches it’s young depends on which alcohol culture you were born into. In Spain and Italy they drink a lot, but there a strong cultural message of moderation that is absorbed as people grow up, you drink moderately and with food. In Ireland and England, we have absorbed the mistaken cultural message that you drink for the sake of alcohol and you drink to get drunk.

Culture makes the man, man does not make the culture. We were born into the cultures that we’re born into, for good or bad. And we bring our cultures with us wherever we travel. When I moved to Spain, I didn’t stop drinking like an Irishman, I moved here because it would be cheaper to drink like an Irishman.

Using alcohol that way, and the cultural messages that cause us to think that way, don’t happen overnight. We have been learning how our culture views and uses alcohol since the day we were born.

As most of us grew up, we did so with alcohol being used as a normal day to day thing. It’s part of our lives, a part of almost everything we do.

The problem is that we believe it. We believe all the bullshit propaganda that Big Alcohol forces on us. We believe it’s part of being human, that we have to have it to help us party, have fun, relax, and all the rest of it.

So, for us, saying it’s part of our culture is a great excuse. It’s an excuse that perpetuates the bullshit. It allows the alcohol companies to pull the wool over our eyes, to drive their propaganda messages deeper and deeper into our subconscious.

It’s an excuse that we really believe, not because it’s got any truth to it, merely because we think it’s true, we think that drinking is normal, therefore it must be normal.

Our culture has become commodified. Here’s an Irish example, the word craic.

I always thought the craic was a real old Irish word for fun, specifically the fun that the Irish have while they’re having conversation, listening to trad music, obviously downing a few pints of the black stuff and getting drunk, and just having the craic like our fathers and grandfathers before them… a pretty picture indeed.

Well, apart from the fact that porter was originally brewed in England, so was the word craic. It’s an English word meaning loud conversation or bragging talk. It was imported to Ireland in the mid 1960’s and stylised into a phony, almost Disney-like version, of Irishness. It’s been used and abused by Big Alcohol in many Irish alcohol marketing campaigns ever since to prove that drinking is as Irish as having the craic.

If we do question it, it’s going to be on the lines of what are the government going to do about it, or we go along with the drink companies assertion that it’s all down to individual responsibility. So when we see someone who’s in trouble because of their drinking, we blame the individual for the society problem.

We can’t change the culture, not overnight anyway. But we can change our responses to the culture. Alcohol use being part of the culture is bullshit. We can choose not to be sucked into all the bullshit!

If you want to drink, drink. If you don’t want to drink, don’t tell me that theres something wrong with me, that’s it’s me with the problem. It’s the only drug where when you stop you are perceived to have a problem.

The Non-Drinkers Are Everywhere

But there are many many people in our societies that don’t use alcohol, and they don’t feel deprived because they don’t use. You might not know anyone who doesn’t drink. I didn’t! It doesn’t mean they’re not there. They just mix in different circles.

Using the excuse that we drink alcohol because it’s part of our culture is just an easy way out for us. It’s easy to say – “well it’s part of who we are, we just drink, that’s what we do”. I used to do it and I used to believe it as the gospel truth.

Believe in yourself, in your ability to enjoy your life without the need for dangerous drugs like alcohol. No matter what you believed in the past, you can change the way you live your life. There are plenty of people who live in the same culture as you and don’t drink. They’re not freaks and they’re not rejects and they don’t have a problem with alcohol.

There are many people who used to drink until they wised up. Millions of people have stopped using this drug.

Be Responsible For Yourself

No matter what the excuse, every mouthful of alcohol that we pour into our mouths is our responsibility, 100%!

If you think about your alcohol consumption from that perspective, that it’s totally your responsibility, there are no excuses.

What Are Your Excuses?

Is Alcohol Affecting Your Relationships?
To Never Drink Again
Alcohol and Infectious Disease 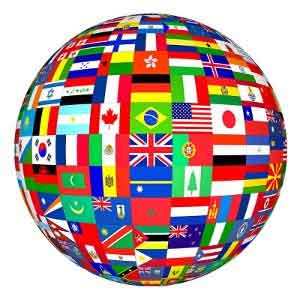