Does Drinking Cause You To Have Trouble Sleeping?

Chillin’ with a Glass or Two

Many people use alcohol to drop off to sleep at night. They use it as a relaxant at the end of a hard day, chilling with a glass of wine, a shot of liquor, or maybe a beer.

The problem is that although alcohol may help you to get into the first stages of sleep, it won’t help you to have the restful night’s sleep that is crucial for your health!

People who have alcohol problems will start to notice that they can’t get asleep if they don’t have a drink, I was like that. They’ll toss and turn, wondering when sleep is going to come, going backwards and forwards over the decision not to have a drink and wondering if they were right!

In the UK, a government survey (carried out by YouGov ) reported that 50% of the drinkers who were surveyed were suffering from sleep problems and tiredness the next day. The participants reported sleep problems ranging from frequent awakenings to increased trips to the toilet.

According to the BBC:
“After drinking the body tends to fall straight into a deep sleep, and only enters the REM stage once the alcohol has been metabolised.”

Let’s do the math…

Your body metabolises alcohol at one unit per hour, so if you’ve had a big feed of drink the night before, your body is still going to be metabolising it the next morning….hence no REM sleep….

You can’t get the sleep back, once you’ve lost it, it’s gone forever. The problem is that if you’re regularly going over the limits, your body will always be on the back foot, forever trying to catch up, but falling behind all the time.

Pissing Yourself Down the Toilet

The brain makes and releases a chemical called vasopressin which keeps the water content of your body stable.

The kidneys won’t reabsorb water, like they’re meant to, and instead they send the water to your bladder, and you’ll piss it out.

Considering you’re made mostly of water, that’s a pretty radical thing to start happening in your body.

According to some studies, your body expels a litre of water for every quarter litre of alcoholic drink you consume…. 4 times as much going out as coming in!

Drinking in My Dreams!

I would have no problems dropping off to sleep after a session on the drink, as soon as my head hit the pillow I was gone, I think my brain sometimes shut down 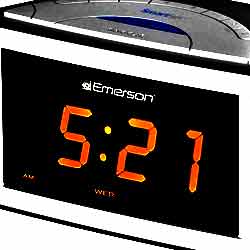 well before I got near a bed though.

But, it got to the stage when I couldn’t fall asleep without a drink. The big problem was, I never got a great night’s sleep. I always felt tired the next day.

If I was drinking, I’d go to bed and I’d wake up several times during the night to go to the toilet, perhaps 3 or 4 times.

The only drink that passes these lips now is in my dreams. I wake up and think…”Thank God for that, it was only a dream.”

That was the twelfth post in the series of articles on the Johns Hopkins 20 questions which was designed for you to self-test and discover if you might have an alcohol problem. If you answer yes to this question and yes to some of the others in the test, you need to take a look at your drinking habits. You can find the master article here: Johns Hopkins are you an alcoholic questions

Download the Transcript of Drinking Cause You To Have Trouble Sleeping

Does Drinking Cause You To Have Trouble Sleeping Transcript

Does Drinking Make You Care Less For Your Families Welfare?
Has Your Ambition Decreased Since Drinking?
Do You Want a Drink the Next Morning?