Do You Turn To Lower Companions and an Inferior Environment When Drinking?

Turning to lower companions and an inferior Environment when drinking!!!! The language of this one sounds like it could have been spoken in Churchillian accents at some London gentleman’s club in the 19th century. It’s very haughty and down the nose stuff. But when I started thinking about it, I felt the uncomfortable twang of a few familiar chords being struck!

Why do people turn to lower companions and an inferior environment when drinking?

(Or why do drinkers go to places where alcohol is consumed in large quantities and where they can drink with like-minded drinkers!) 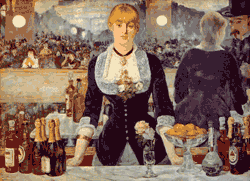 I would say that the main reason for seeking out like-minded drinkers is for companionship. If you’re sober and you’re trying to have a conversation with a person who is slowly getting drunk it can be very tedious, boring, and uncomfortable. A bloke with a few pints on him will chew the ear off anyone who happens along, drinker or non-drinker. But better to converse with a drinker…the conversation seems to flow better!

Birds of a feather flock together!

Carl Jung said “Everything that irritates us about others can lead us to an understanding of ourselves.” Everyone needs understanding. Most of the time it’s the understanding that we share the problems of life…including alcoholism. You understand in others what you see in yourself and you can feel comfortable.
The discussion at a bar top will give any other conversation in the world a run for its money. For the most part, these are not stupid people. The chat topic might range from the quality of the beer on tap at this bar or the one down the street, or just ‘putting the world to rights’… Does it make any difference? Who ever said conversation had to have anything to do with communication? A dialogue to end the scruffiness of the day!

“Everything that irritates us about others can lead us to an understanding of ourselves.”
Carl Jung

When you’re with people who’re in the same mind-set as you, you’re giving each other tacit approval. You’re with friends. You share a common bond. It is unfortunate in life that those who need approval the most don’t get enough of it while those who need it the least always seem to get the lions share…
Bars also allow drinkers to hide from disapproval. For most problem drinkers, it’s the disapproval of others that often sets them down upon the road to sobriety.

My Low Companions and Dodgy Environments

I used to love the atmosphere of my local. I’d walk in after a hard day’s work and be greeted by a smiling bargirl holding an empty pint glass, her hand hovering over the Guinness pump, “Hey Kev, Pint?”

A greeting, a nod, and I’d take my place at the bar while I waited for the dark liquid to draw!

There were about six or seven of us who’d meet up after work for a couple of hours. We all sat at the end of the bar, in our own little corner, each arriving to the same friendly greeting, the same round of “how’s it going?” or “what’s the story?”. It was like a real life ‘cheers’.

The bar was somewhere where we all found companionship, understanding, approval, space, laughter, and friendship.

When I think about it now, I can only smile. If it wasn’t for the drink it would have been great. I’m glad it’s gone; it was a real pull for me.

I had to move away from it all to stand any chance of kicking the habit. I quit drinking for eleven months and it was torture to go there, and torture to stay away.

I wonder what it would have been like if we bunch had met up under different circumstances, in a different place, without alcohol?

I know this piece may sound like an ode to drinking… it’s not! When I started to think about this question, I thought about the bars I used to frequent the most, and the people I knew back then, and I got a little offended that they might be labelled as lower companions drinking in an inferior environment.

To me, lower companions and inferior environments would be drinking with the winos down by the river!

I’m not sure where Dr Seliger was going when he wrote this one, but it did hit a nerve…
Maybe that was the point…

This was the seventh post in the series of articles on the Johns Hopkins 20 questions which was designed for you to self-test and discover if you might have an alcohol problem. If you answer yes to this question and yes to some of the others in the test, you need to take a look at your drinking habits. You can find the master article by clicking here

Is Drinking Affecting Your Reputation?
Have You Ever Felt Remorse After Drinking?
Have You Gotten Into Financial Difficulties Because Of Your Drinking?