Do You Need To Reach Rock Bottom Before Quitting Alcohol?

Do You Need To Reach Rock Bottom Before Quitting Alcohol?

I think the definition of rock bottom is going to be different for everyone. It depends who you are.
For a married man with kids, I think rock bottom for him would be if he lost his job, lost his family, lost his house, his kids wouldn’t talk to him anymore. Maybe he’s on a park bench!
To me rock bottom is somebody that I see on the streets. They just have no dignity left, they have nothing else to live for except the booze. They’ve got no shelter, they’ve got no food to speak of, they don’t really care about food. The only thing that they care about is the alcohol. To me, that would be my personal rock bottom.
Do you have to reach rock bottom before quitting alcohol? No, of course not! You don’t have to get that far at all. 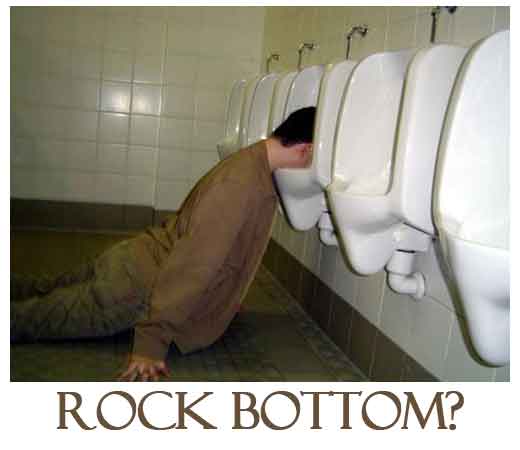 The Signposts Along the Way

Alcohol is just an inert substance, it’s just in a glass. It can’t do anything until you lift it up, pour it in your mouth and drink it. It takes your active participation and your approval to do it. Without that, if you’re against it, you can never be an alcoholic. You can never be a drinker.
So the main thing is to take those signs along the way, listen to those signs. It might be someone who’s saying something to you. Somebody that cares about you, maybe they’re saying “look, you’re drinking a bit too much”. It might be something that you’ve done, or something that you’ve said. It’s something that is making you think about this thing.
If you’re asking the question – do you have to hit rock bottom before you quit drinking alcohol – you’re thinking about it.

The problem is, with a lot of people, the really bad alcoholics, is they keep digging and digging and digging. The further you dig down, the further you’ve got to come back up again. And the harder it is to get back up out of the whole. So, stop digging.
In answer to the question “Do you have to reach rock bottom before you quit drinking?”, absolutely not. You don’t have to hit rock bottom at all. All you have to do is listen to what’s going on around you and stop!

So, that’s Stop Drinking Alcohol Week 32.
Thanks for visiting the site.
Until next time…
Onwards and Upwards!
Kev

What is Drinking Too Much?
How Long Until You Could Watch Others Drink?
The Alcohol Cravings Will Be Over Soon!