Do You Have the Determination to Succeed?

Do You Have the Determination to Succeed? (Transcript)

How are you doing?

Today I want to talk about whether you have the determination to succeed.

It’s not some fella in a white laboratory coat that’s saying:
‘You’re an alcoholic and you always will be.’

You Have It or You Get It!

It All Comes Down To You

Determination is basically not giving up. It’s coming back again and again and again. It’s being relentless in the pursuit of your goals and it’s this thing that I was talking about a few weeks ago, about having the goals. I’m not sure if I explained it 100%.

It’s also a goal that once you’ve done it… you’ve quit, its finished, the goal is done, so no matter how long you build yourself up for it, once you’ve stopped drinking and stopped putting alcohol into your mouth, its job done.

So, to not be sitting around twiddling your thumbs and in order to stay quit, you’ve got to fill the void with something else. Something powerful, something that’s going to pull you forward, its having that specific goal, a big goal in your life. Something that you want to aim towards, and that you have little steps towards, that’s the thing that’s going to drive your determination, and that relentless pursuit, that never giving up attitude that you need to quit any bad habits.
This is not just going to work with alcohol. This is going to work regardless of whatever you’re trying to give up. What bad habit you’re trying to stop.

So how do you pull your determination into this?

Everyone’s got a certain amount of this basic determined ability within them to some degree or another. It depends on yourself how much you’ve got. But it’s something that you can build up, its something that you’ll have at the beginning of your quit. Once you decide to quit drinking, you’re going to have determination for the first few days because you can feel the benefits.

It’s when you go to the parties or when you go on holidays, those times when you normally associate with drinking, that you really haven’t done these things before without drinking. Or you have done them so far into the past that you cant remember what its like, that’s when your determination is really going to come in.

So, there are a few basic things you can do.

One of the ways I do this is by visualisation. That’s one of my favourite methods of keeping my determination up. I talk about this in ‘stop drinking alcohol’ week 47.

Basically I use my son, it’s a very strong image, a very strong motivation for me, to do anything, is my son. If you want to learn more about that go and watch that video, I will put the link down below.

But really what you’re trying to do is you’re using visualisation to try and pull you back from having a drink or even thinking about drinking, or you use it in times of good times, when you see somebody who you care about giving you praise and that really works for me.

What Are Your Reasons To Quit?

Another way to keep your determination is to remember all the reasons why you have quit in the first place. Especially things that are going to pull you forward into the future, the things you want to do in your life that you haven’t been able to do because you’ve been drinking. The people in your life, look at them as motivation, anything that you can think of that is going to spur that on.

Another way to keep determined is to just keep your goal in mind, your long term goal, but take everything in small steps, don’t try to do too much at once.

Like I say, the biggest thing is just to have that goal in the end, once you’ve quit your drinking, to move on with your life. But sometimes that goal can be so far ahead in the future that it… it can seem unachievable. But if you have it… so it’s small little steps. You achieve one step and you move onto the next and the next and so forth.

Look At How Far You’ve Come

It can really help to look back at how far you’ve come and realise that if you do drink, if you do have a drink again, you’re not starting back at the beginning again, but you’re taking a backwards step. It should be all about moving forwards as I say… onwards and upwards.

Sometimes fear and doubt and uncertainty can make you start thinking negatively about things. It can make you want to backtrack and lose the determination. As soon as you start getting these thoughts, one of the best things that I find is to talk with somebody that is close to you and just say it to them. Before you leap in and have a drink, have a chat with your sister or your best friend or whoever is closest to you.

Just One Gives You Permission

Because sometimes you can talk yourself into failure, you can just sit there, when there’s nobody around that’s going to snap you out of it, its very easy to just bring yourself to the position where you’re going… “Ah, just the one, sure just the one won’t harm me.”

I’ve been there, I went there so many times when I was quitting cigarettes it was unreal. And every single time I talked myself back into smoking, and I think if I had somebody there to talk to, to mull it over and say “this is what I’m thinking”… a non-smoker, you cant go to somebody who’s already smoking or, in terms of drinking… you cant go to somebody who’s a chronic drinker, who has a bad drinking habit. Your drinking buddy is not going to be the one to go to here. But somebody who hasn’t got that kind of issue, and knows all about your issues as well.

Another thing is to build up your physical strength, your physical health, take care of your physical health and also your mental mind. If you’re weak in the body, weak in the mind, its stands to reason that your decisions are going to depend on what’s easiest for you to do, and a lot of the time, drinking is the easiest solution to anything.
As soon as you’ve got any problems it’s…‘I’ll have a drink’.

So if you’re strong in yourself, and it doesn’t take much, I mean, I’ve always thought to myself that, “yeah I could go to the gym, and I want to pump up, and I want to look like Arnold Schwarzenegger.”
I go down to the gym, but in reality, I never wanted that but, it’s the image there, that I have in my head, “Ah jeez I want to do that” but, I find the thing that I’ve done consistently throughout my life is walk. I’ve tried to run; I’ve tried to do all different things. I like the yoga but, it’s just not time for it yet. I think another few months and i’ll go back to it. But anyway I’m digressing.

It’s finding something that you really like to do, even if it’s only walking. But just get yourself into good physical and mental shape, and you’ll find it [quitting alcohol] a lot easier to deal with, to have the determination to succeed, it will push you forward.

So if you have any questions about this, just let me know. The best way of getting in contact with me is through the website. Go over to the website, or you can send me an email at kevin@alcoholmastery.com.

Leave your message on Youtube by all means, it goes through Google plus.
I know that I can ramble a lot, so if there’s something that you’re unclear about, ask me and I’ll see if I can clear it up for you.

Until next time, my names Kevin O’Hara for alcohol mastery. Onwards and upwards.

Does Alcohol Alter Your Mood?
Cheers! Drinking DOES Release the Feel-Good Factor In Our Brains
Everything is Connected to Everything Else 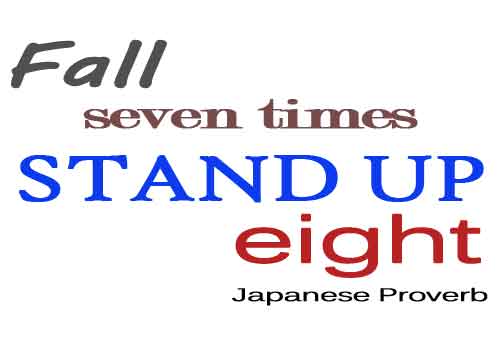