Are You Capable of Giving Up Alcohol?

Are you capable of giving up alcohol? Only you can know the answer to that one!

Anyone is capable of quitting alcohol; it’s just a question of not lifting the glass to your mouth any more. I know it’s not that simple for some really long term drinkers! For the majority of people it is that simple. You have to shut the door to drinking alcohol and move on to the next part of your life.

If someone was pointing a gun to your head or to the head of one of your children you’d quit drinking you wouldn’t be saying “I can’t do it!”. 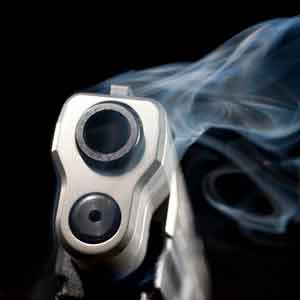 There are plenty of drinkers who want to quit but they’re afraid of what a life without drinking will bring. Some people are afraid of leaving behind their “security blanket”, others are scared of dealing with their problems and worries without alcohol – as if drinking helps in the first place. There’s many reasons people don’t quit.

There are people who have just gone too far. They’re still capable of living without alcohol but they’ve become so involved with drinking that it has become almost a part of who they are. They need specialized help, maybe hospitalization, maybe drugs… I can’t help those people. I am trying to help those who are capable of helping themselves. That’s almost all drinkers.

So the question is – are you capable of giving up alcohol? The answer is a categorical yes. But you have to want it. That’s the number one prerequisite to success. If you don’t want to quit, no-one can help you, no matter how hard they try.

It’s not easy, no change ever is.

Alcohol can only hold you back. It will never move you forward, ever!

Everyone wants to become more than they are. We all want to be better, to make ourselves better. Most of us want to become the best at something. That takes hard work. Only the very lucky succeed against all the odds. Only the very very lucky will succeed in spite of all their efforts to ruin it.

Until next time…
Onwards and Upwards!
Kev

Did You Lose Weight When You Stopped Drinking?
Alcohol Addiction: My Alcohol Story
The Alcohol Disease Theory