Hi, how are you doing? I’m Kevin O’Hara for Alcohol Mastery, in this video I want to talk a little bit about acceptance and accepting certain things in your life. Good things and bad things.

I think one of the principles of building a solid foundation for your future is to accept that there are some things in life that are going to be inevitable. There are some things in your life that are not inevitable, that you have complete control over. And really it’s those things that really matter, that you have to push yourself forward, have courage in and participate.

I think one of the principles of building a solid foundation for your future is to accept that there just are some things in life that you can do nothing about, they’re just inevitable, and they’re going to happen regardless.

There are other things in life which you can do a lot about, they’re not inevitable and it’s up to you but they will…you can only influence them by having an active participation in them, you won’t influence them by doing nothing.

For instance, one of the things that is inevitable in life is that the past is gone, you can’t do anything about it, it’s like a foreign country as they say, you can’t change it. you can definitely learn by it, so by all means, look back into your past in order to become educated but, that’s about it. Don’t have any blame, no regrets about anything you’ve done in the past because it doesn’t do anything in the present,

Accept Your Past, Believe in Yourself Today

“Acceptance of what has happened is the first step to overcoming the consequences of any misfortune.”
That was a quote from William James who was the founder of American Modern Psychology. It basically boils down to, take responsibility for your past, accept it and move on.

Accept Your Life and Move Forward

Something that’s really not acceptable is destroying your body. You know, it’s a complete lack of respect for yourself, not only for yourself as you stand now but your also robbing your future self. If you sit down and visualise who you would like to be in ten years time, would you like to see that person in the misery of you still drinking alcohol, still poisoning yourself, suffering the consequences… because that’s basically what you are doing. It’s an inevitable thing if you are destructive with your own body, what’s not inevitable is that you have to go into your advancing years, getting to old age with a completely shagged out body.

The Concept of Self-Hate

I think you can really extend your shelf life by eating the right kind of stuff, getting the right kind of exercise, feeding your brain on the right kind of stuff, positive energy. It’s a real old 70s saying, give yourself a bit of love but, I’m telling you that’s the way. I was listening to an audio book about the Dalai Lama and he was talking about Western Society and he said, he couldn’t believe, when he heard that a lot of people in the west hated themselves, he couldn’t get his mind around that concept at all of hating yourself. That really struck a chord because there’s so many people, who might not hate themselves in general, although there are those types of people, but they hate certain things about themselves.

Don’t hate the things that you are. by all means say “well, I’m not accepting this and I don’t want this for myself, I want to change it”, but change it, don’t hate it. That’s just a negative emotion.

Another thing that you have to allow for and accept is that, changes take time to implement themselves, the whole process of change takes time, it’s not going to happen overnight and if you don’t allow for that kind of a change to happen, you’re going to fail.

We Live in a Disposable World

Some of that is great, I’m not disagreeing with that, I’m not trying to say that that’s the wrong thing but there are some processes which are exactly the same, they’re never going to speed up.

There is no magic pill in this. In dealing with the alcohol, part of the process is you get rid of the alcohol first, the alcohol disappears out of your life very quickly, at most it’s gone out of your system within a week.

So your first have to sort them out, which ones are which, and then go through the whole process.

Remember as well that, you have to accept that once you change the madness, once you get that madness out of your life, that things are going to get better. things are going to get one hell of a lot better! But it does require your participation, your active participation in the whole thing. It’s a process where you have to figure out the areas of your life that need dealing with and actively dealing with them.

Something that you can do is to look at your own life, look at it as it is now at this moment. and look at the things that are in your life that are acceptable, that are going to happen and stuff that is not going to happen, you don’t have to accept that it’s not inevitable. There’s so much of that, I think so much of your life is not inevitable, I think you can do so much if you put your mind to it.

I think anybody can do a lot if they put their minds to it, so. 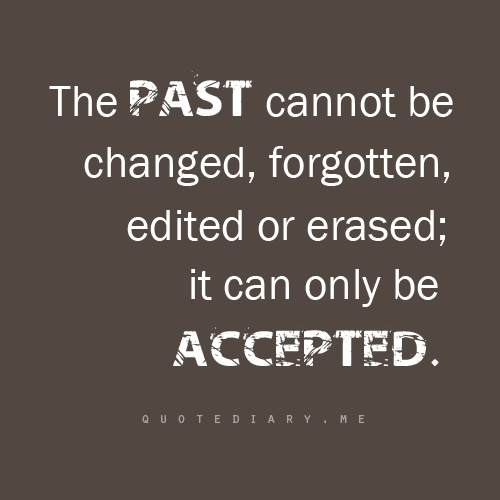